This year marks a major milestone for DCB Performance Boats as the El Cajon, Calif., company celebrates its silver anniversary after cementing its roots up and down the Colorado River—a hotspot for recreational boating enthusiasts up and down the West Coast—and evolving into one of the nation’s most notable performance boat builders. 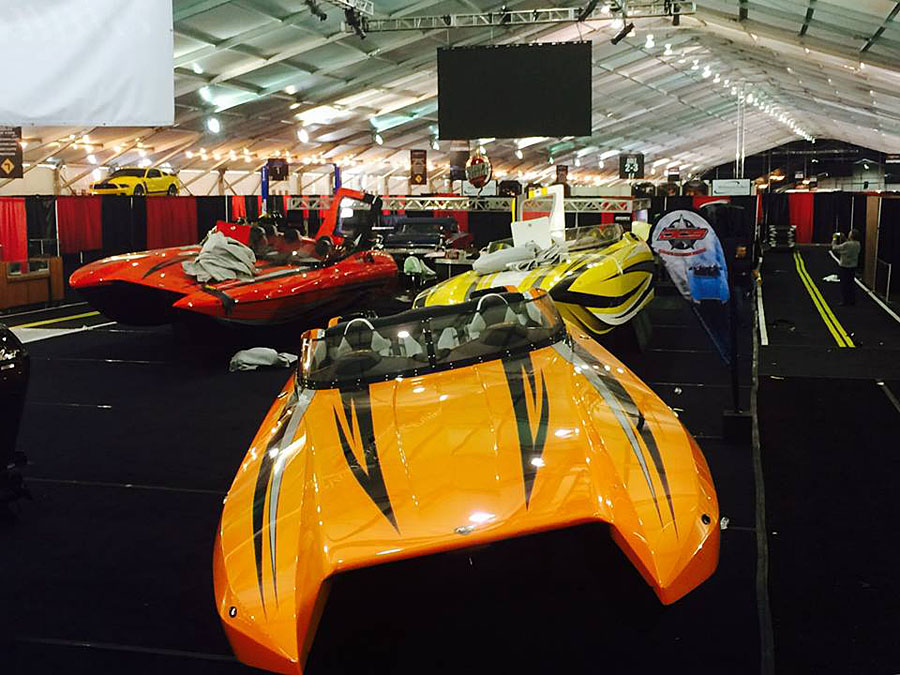 DCB is displaying three models at the upcoming Barrett Jackson auction in Scottsdale, Ariz.Founded by Dave Hemmingson—the “Dave” in Dave’s Custom Boats—in 1990, DCB has been delivering one-of-a-kind go-fast boats to dynamic customers across the country and internationally for a quarter of a century. Although the international growth came later, next month DCB will be shipping a new M29 Widebody catamaran to a customer in South Africa, Hemmingson told speedonthewater.com today. (Editor’s note: Look for a story on the boat when it is complete.)

“Wow, 25 years—it’s kind of amazing when you think about it,” said Hemmingson, while the DCB team was getting ready for the upcoming Barrett Jackson auction in Scottsdale, Ariz. “I’m definitely proud. When you look at what we’ve accomplished in 25 years, it’s incredible. We have this great big family, this huge club. We have a team here that is irreplaceable. We’ve built some amazing boats, made great friends, seen so many places and accomplished so much when it comes to performance and quality of construction.

“At the same time, we’re going to continue to pour on the gas,” he continued. “We’re not talking about out-of-control growth, we’re talking about growing quality-wise. We build precise products that our customers can enjoy—and that never stops evolving.”

For more on the past, present and future of DCB, look for a feature in the upcoming issue of Speed On The Water digital magazine. To download the most recent issue (November/December 2014) click on the link.