By their own accounts, Jerry and Deanna Conway loved their 2016 DCB Performance Boat M29 catamaran powered by a pair of Mercury Racing 565 stern-drive engines. The power package was reliable and the 29-footer performed beautifully. As for the boat itself, it was a typical example of the El Cajon, Calif., company’s fine artistry.

“Those engines were pretty much bulletproof,” said Jerry Conway. “

Still, when it came time for a new DCB, which they took delivery of last weekend in Lake Havasu City, Ariz., they made the switch to outboard power and ordered a full-walkthrough, open-bow M28R catamaran with twin Mercury Racing 450R engines on its transom.

“We have a grandkid now so we thought it was time for an open bow,” said Conway.

Mounted on STR X-Act engine brackets, the 450-hp supercharged outboards with five-blade Mercury Racing CNC propellers reportedly pushed the cat to 115 mph this weekend. But as fast as that it is for an open-bow 28-footer, the Conway’s boat isn’t about speed. It’s about day-use functionality and versatility. That’s why they chose its cockpit configuration and ordered it will a billet foot-shower and hard-wired remote control for its Stage IIl Fusion/JL Audio stereo system. It’s also why they had the builder add a 40-inch billet swim-step with SeaDek surfacing and a telescoping retractable boarding ladder, as well as a Bimini top.

“We lost the nice swim platform we had on the 29 with the outboards, but it’s still easy to board with the big swim step they installed,” said Conway. “It’s very close to the water.”

Built through the vacuum-infused resign process with foam coring and a partial carbon fiber lay-up, the half-capped boasts a plush cockpit with an Alcantara interior color-matched to the boat’s Phase III gelcoat scheme and tri-color carpet. Even the red stitching on the helm station’s custom Isotta Carlotta steering is color-matched to the boat’s interior and exterior. To maximize their storage options, DCB built the lumbar-support seats in the open bow with stowage lockers beneath the flip-up bottom cushions. 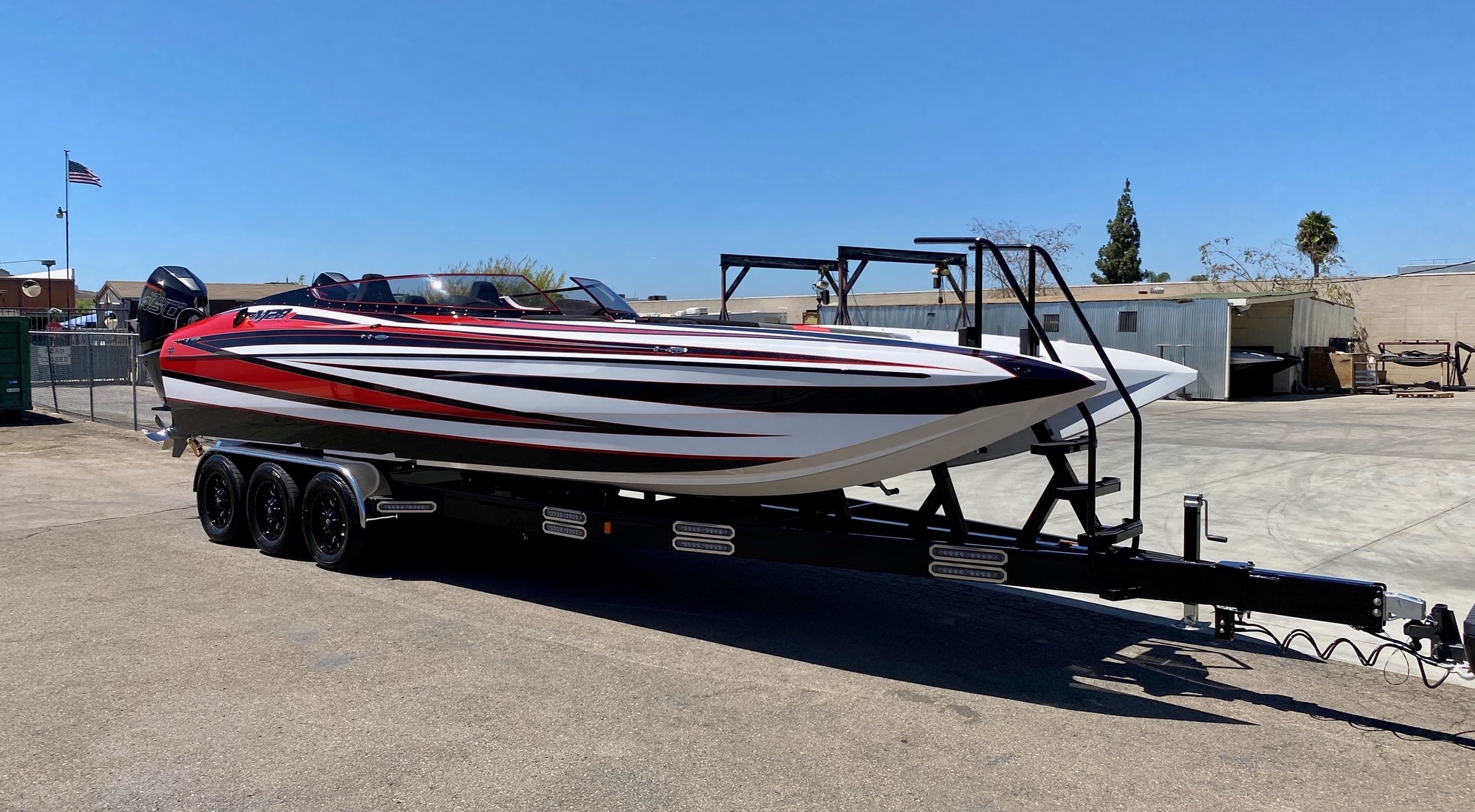 Check out the slideshow above to enjoy more images of the Conway’s new 28-footer.

The owners kept things tidy at the helm with a pair of Mercury VV7 touch-screen monitors. For interior lighting, they went with DCB’s Rigid LED package with mood, cupholder and courtesy lighting. They also went with the company’s Rigid LED tunnel lighting package, which included an 18-inch, LED lit grab handle on the transom.

The boat was delivered on a triple-axle Adrenaline trailer with LED lighting, 18-inch two-tone FUEL rims and more.

DCB’s Tony Chriaramonte tested the M28R on Lake Elsinore in Southern California before delivering the boat to the Conways.

“We had it up to 115 mph on Lake Havasu last weekend, which was about what our 29 would do with the 565s,” said Conway. “And I think it might have a few more miles per hour in it.” 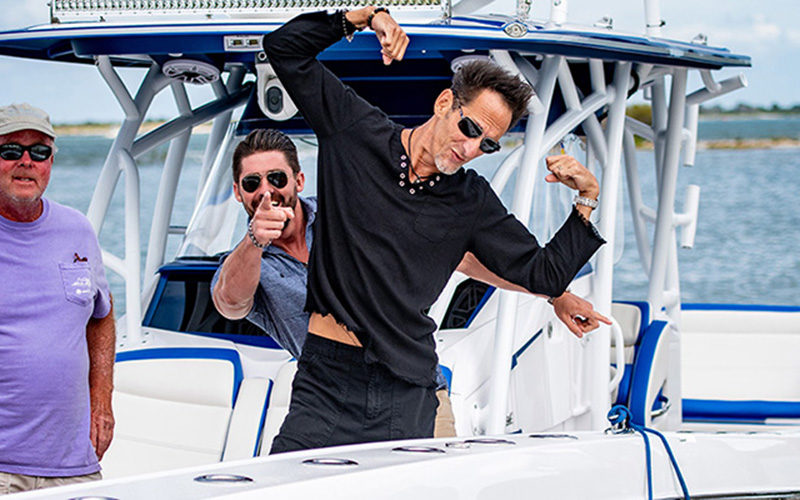