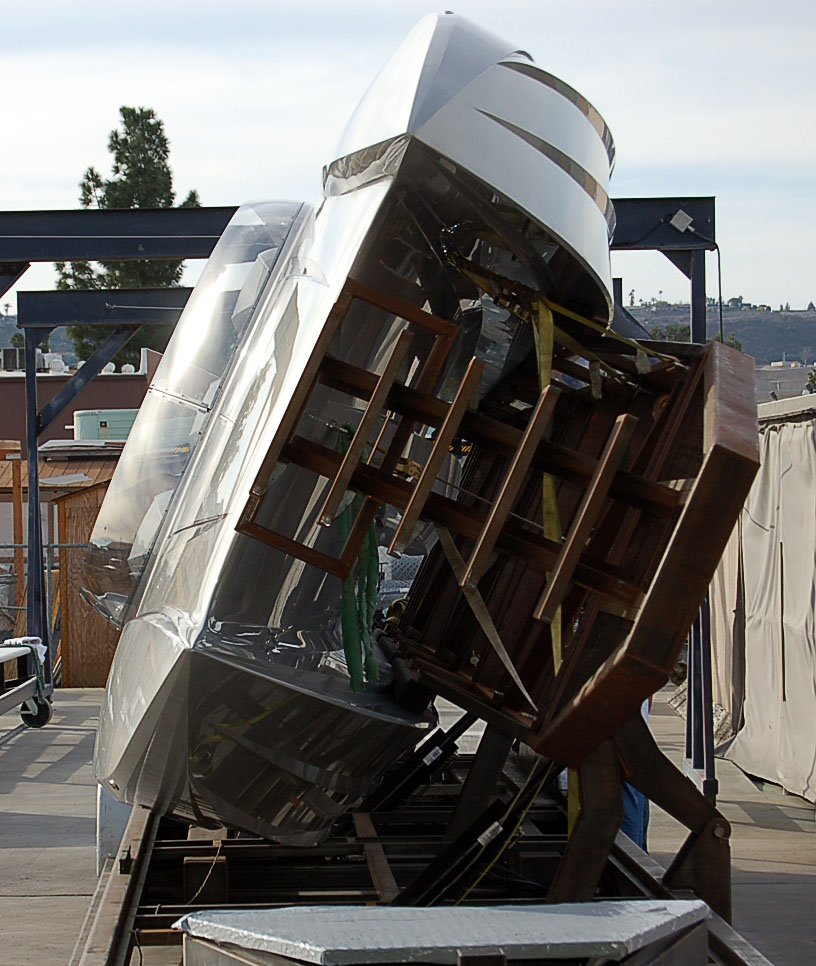 The all-new M41 Widebody from Dave’s Custom Boats is very close to hitting the water.

It’s been a while—a whole seven weeks—since speedonthewater.com’s last update on the M41 Widebody from Dave’s Custom Boats (DCB). The last time we checked in with the El Cajon, Calif., builder the 41-footer was in the beginning stages of rigging.

Today, the boat, which is powered by a pair of turbocharged Mercury Racing 1350 engines, is nearly finished. As quickly as the crew can obtain and fit a set of tailpipes and put the finishing touches on the engine and interior installation, the boat will be ready for testing. It may happen before Christmas, but if not, we can expect a report around the beginning of the year.

Soon after, the boat will be on its way to the Miami International Boat Show, which takes place Feb. 14-18. It’s unclear whether the M41 will be part of the in-water Mercury demo area or on display at the Miami Beach Convention Center, but there’s a strong possibility it will be running in the Florida Powerboat Club’s Miami Boat Show Poker Run following the show.

To haul the boat to Miami and all of the other destinations the stunning catamaran will visit in 2013 and beyond, the tilt trailer was designed by Lugo Manufacturing.

In fact, just last week, DCB test fit the trailer—the first time a DCB model had ever been on a tilt trailer—to make sure everything was up to par. After a few minor adjustments, the trailer was taken back to Lugo’s shop in Fontana, Calif., for disassembly, sandblasting and prepping for its matching silver and charcoal paint job.