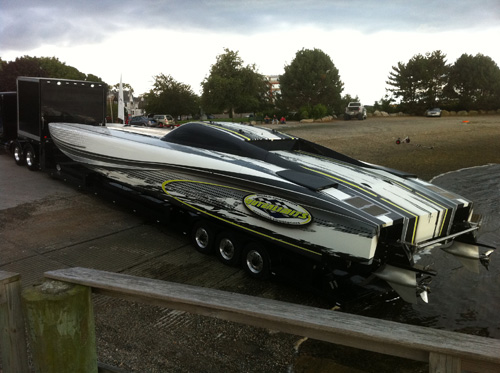 The new 47′ Outerlimits cat hit the water for the first time today.

Just after 5 p.m. (EST) today, a new low profile all-carbon-fiber 47-foot catamaran from Outerlimits went on its first-sea trial. On board were Mike Fiore, the founder and owner of the Bristol. R.I., company and the cat’s Canadian buyer.

“We ran for about 20 or 30 minutes and went for a quick 150 mph blip,” said Fiore. “We’ll go out for about an hour tomorrow. I might keep it here for a couple of days after that to dial it in, but after that it’s going to British Columbia behind the owner’s custom Kenworth.”

The carbon fiber catarmaran will be transported to British Columbia behind this Kenworth hauler, which was customized by the Chrome Shop Mafia in Joplin, Mo.

The cat is based off Outerlimits original 48-foot model, but has had its deck cut down so much that the overall length of the boat actually had to change to 47 feet. According to Fiore, the project started in the design phase a year-and-a-half ago.

“The buyer is as excited as he can be,” said Fiore via cell phone as he backed the cat on its tilt trailer into the water. “This is his second Outerlimits.” 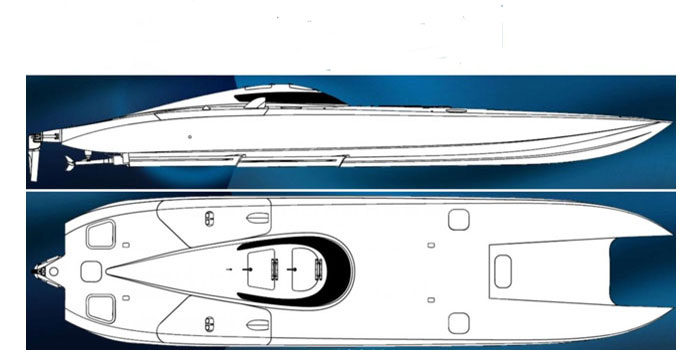 Qatar Turbine Cat Out of the Molds this Week 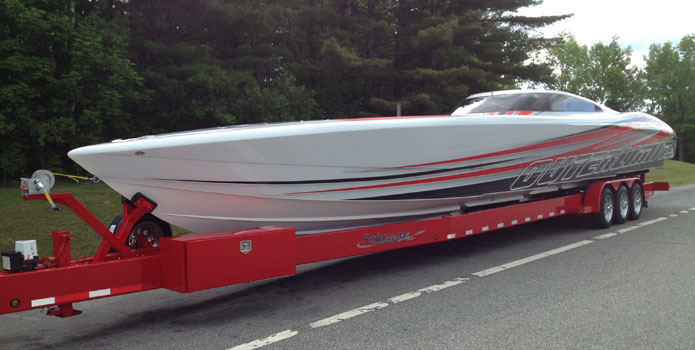 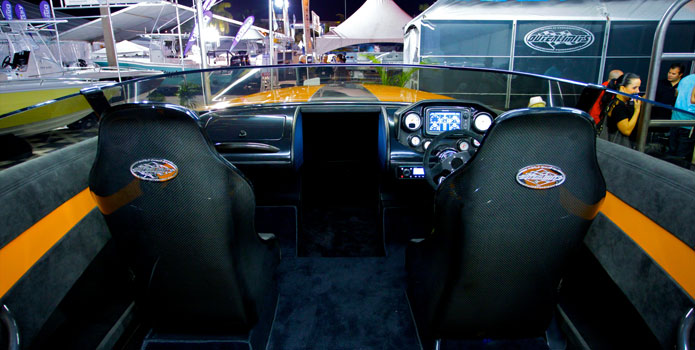