The legend of Lake Michigan lives on thanks to today’s Rock The Coast fun run hosted by West Michigan Offshore. There’s no doubt the lake has whipped up way bigger waves before, but those who took part in the run from Grand Haven to Holland were definitely humbled by the offshore conditions they encountered on the third largest lake of the Great Lakes by area.

Josh Jones caught some major air in his 36-foot Pantera Boats V-bottom during today’s Rock The Coast fun run from Grand Haven to Holland and back. All photos by Pete Boden/Shoot 2 Thrill Pix

Just ask John Rooks, one of the key sponsors of WMO who owns The Wharf Marina in Grand Haven. Rooks, who encountered a water hose issue in his beautiful 52-foot Outerlimits Offshore Powerboats V-bottom early in the run and ended up going back to the marina and taking out his 48-foot Fountain Powerboats Express Cruiser, said the water was big for Lake Michigan, but that he’s seen bigger.

Stu Jones, the president of the Florida Powerboat Club who brought his Project 1080 Cigarette Racing Team V-bottom to his first WMO event, got up in front of the group during lunch at Boatwerks Waterfront Restaurant in Holland and praised WMO and its members.

“Rock The Coast is all about the rock stars because you’re all rock stars for making it here in that stuff,” said Jones, who has seen his fair share of big swells during the 25-plus years he’s been producing poker runs in and around Florida. “You guys are serious hard-core boaters—all of you are welcome to come run with our club any time. I’ve been watching this organization grow over the years and obviously I’m impressed.”

John Rooks didn’t finish the run in his 52-foot Outerlimits powered by twin Mercury Racing 1350 engines, but he made the most of the run before it broke down.

This journalist from California, who has encountered some huge water in the Pacific and Atlantic oceans over the years, also was impressed by the boaters’ abilities as well as the wind-whipped three- to four-footers (or larger, depending on who you ask) that the lake dished up.

Fortunately I had a fairly dry and comfortable ride in Ron Meyering’s new Nor-Tech Hi-Performance Boats 477 V-bottom powered by twin Mercury Racing 1550/1350 engines on the way to lunch. My ride back to Grand Haven was in Rooks’ 48-foot Fountain, which is powered by quad Mercury Marine Verado 350 engines, with about a dozen other passengers. Fortunately the return trip was in following seas, but that didn’t stop the water spray from shooting well above the V-bottom’s hardtop when it landed.

Check out the slideshow above for more big-air images from today’s Rock The Coast fun run.

Colossal water spray was a common sight with many of the 80-plus boats registered for the run that I saw taking to the lake on Saturday. Fortunately most of the boaters seemed to have a good handle of the water conditions and enjoyed themselves during the event on the Great lake. It was a perfect follow-up to yesterday’s memorial run for Keith Holmes—the late offshore racer and owner of CK Motorsports who was never afraid of big water.

That being said, thank you Lake Michigan. Your impressive swells were exactly what speedonthewater.com chief photographer Pete Boden was hoping for—big water to produce the impressive wave-crushing pictures he captured from the helicopter above. 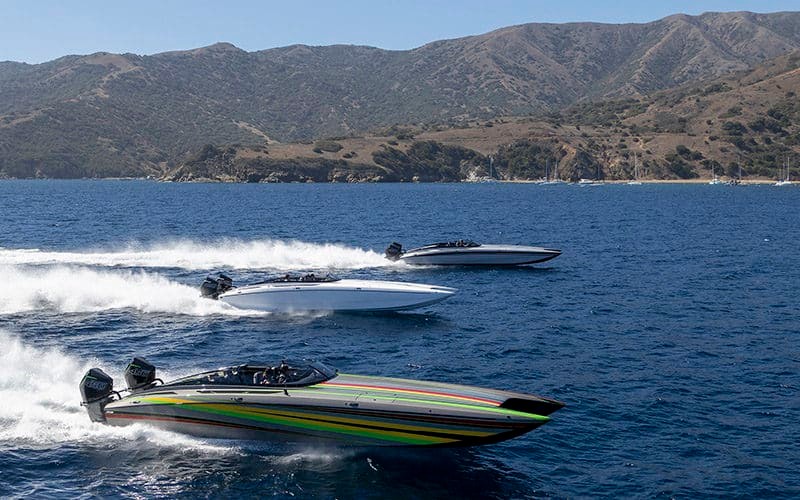 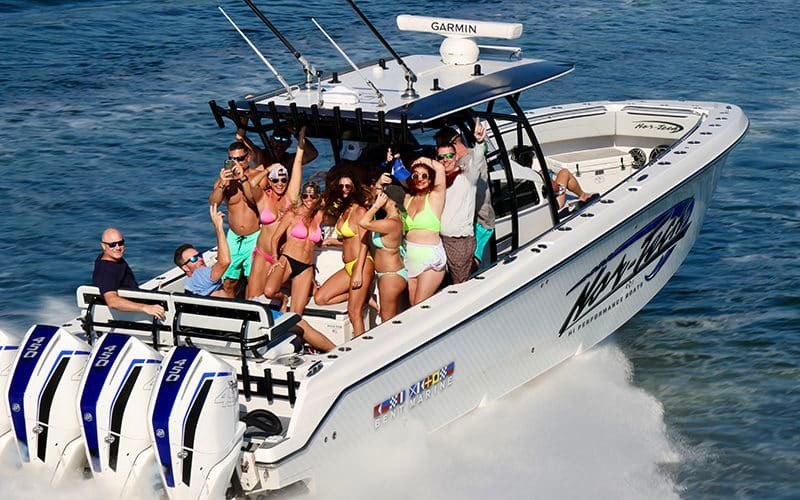 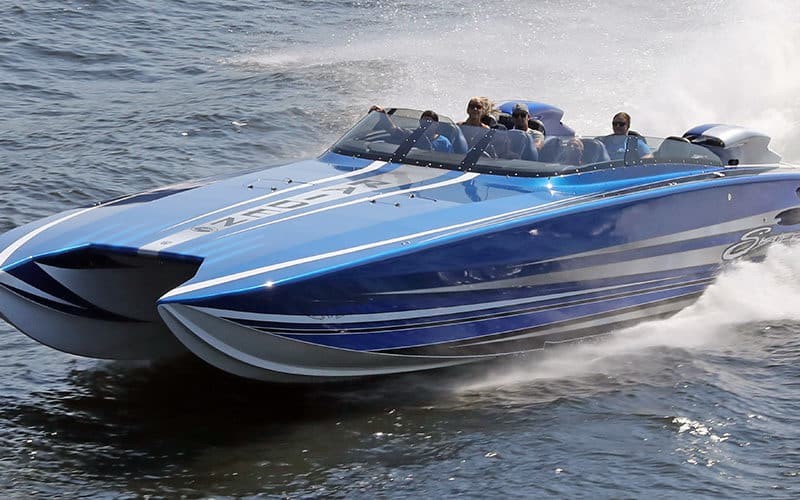