Your go-to source for performance boating.
HomeIn the NewsCraig Barrie To Steward Donzi Into Next Generation

Fred Ross, the owner of Fountain Powerboats and Donzi Marine in Washington, N.C., is a methodical, strategic gentleman. Key to his methodology and strategy for reinvigorating those brands has been putting the right people in the right places. In Fountain’s case, that meant bringing back Reggie Fountain, Jr., to breathe Fountain culture and legacy into the brand and Jeff Harris, a longtime Fountain man, to run and vastly improve the company’s day-to-day operations.

With Craig Barrie (below) at the helm, Donzi Marine owner Fred Ross is planning to bring back the brand to global prominence. Photo by Mark Spencer copyright Donzi Marine.

Now, Ross has turned to another marine industry veteran to revitalize the Donzi brand. Craig Barrie, most recently with Statement Marine, will steward Donzi into the future.

“I chose to go forward with Craig because he has the best insight into the Don Aronow brands,” Ross said. “To me, this is like bringing Reggie back into Fountain. I wanted to do the same thing with Donzi, but I didn’t have the right person. Now, I do.

“Craig is the brand champion for Donzi,” he added. “He has control of it moving forward.”

Barrie, who was the general manager for Cigarette Racing Team for several years and later moved on to rebuild the Donzi brand in its post-American Marine Holdings era, has a home in Charlotte, N.C., just a few hours away from Donzi headquarters. He said he’s thrilled to be back as a steward the Donzi brand.

“Over the past few years, Mr. Ross has brought back Fountain,” he explained. “But you can’t do three things at once and expect to do them well. You do one and move onto the next. Fountain is doing well so it’s time to bring back Donzi.

“Donzi is a global brand, but it has kind of lost its ‘parenthood’ of being one of the Aronow brands,” he continued. “Mr. Ross is focused on how we can carry that legacy into the future.”

Barrie’s approach will be two-fold: modernizing the existing Donzi 38 ZRC, the 38-foot center console and the 29-foot ZR sportboat and adding three new models in the next two years. (Neither he nor Ross have plans to touch the Classic line.) Though any talk of change tends to alarm Donzi owners, especially when it comes to the 38 ZRC model, Barrie said the changes will be incremental and all boats will retain the Donzi legacy and heritage.

“Everything we do will be to strengthen Donzi as a major global performance-boat brand,” he said. “The opportunity is sitting right in front of us.”

As for his exit from Southwest Florida-based Statement Marine, Barrie said he accomplished what Statement owner Nick Buis tasked him to do for the company.

“My job was to build him a brand and a company,” he explained. “He has more than that now. Nick and I will always be great friends.”

Nor-Tech Teaming Up With American Custom Marine For Boyne Th... 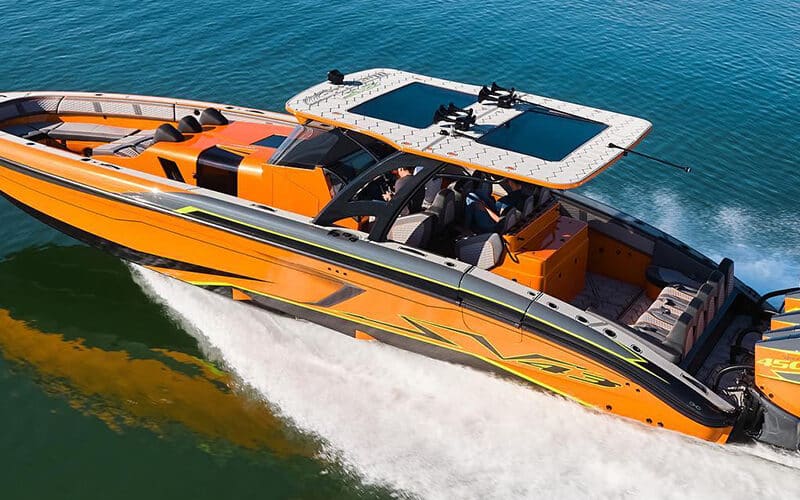 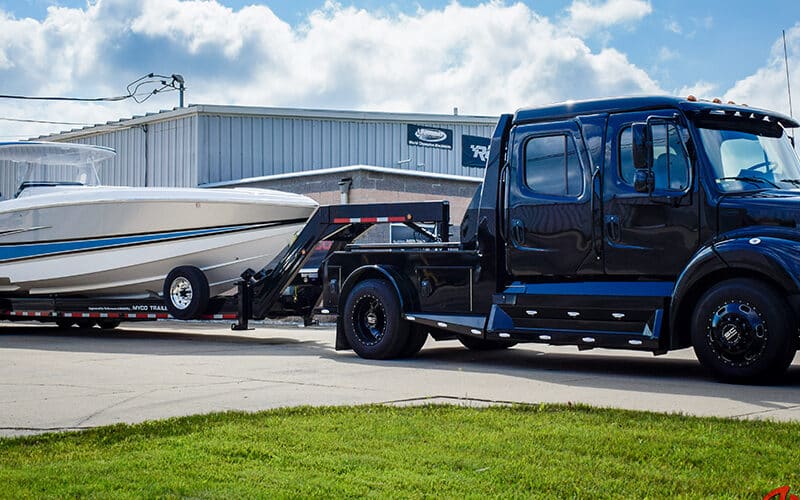