Though no one was injured in last weekend’s Super Stock slam-dance between CR Racing and Performance Boat Center at the Offshore At The Ozarks event in Central Missouri, the CR Racing 32-foot Doug Wright catamaran sustained significant structural damage. The incident happened on the first lap of the first race—in the first turn—and left the CR Racing raceboat sinking.

For the CR Racing team, Offshore At The Ozarks was over in less than one lap. Photo from the 2020 Crystal Coast Grand Prix by Pete Boden copyright Shoot 2 Thrill Pix.

“We hit so hard that the bottom of the boat actually cracked,” said Casey Boaz, who throttles and co-owns the boat with driver Rob Unnerstall. “This isn’t something we would want to patch. We have to de-rig the boat and have it restructured.”

The impact also left the CR Racing boat with a completely cracked sponson and transom/rear-corner damage on its starboard side. Though the team doesn’t know yet if the cat’s twin-outboard engines sustained any damage from either the crash or water damage—without Boaz and Unnerstall using pumps the boat likely would have sunk while being towed to shore—the wreck also knocked out its steering system. 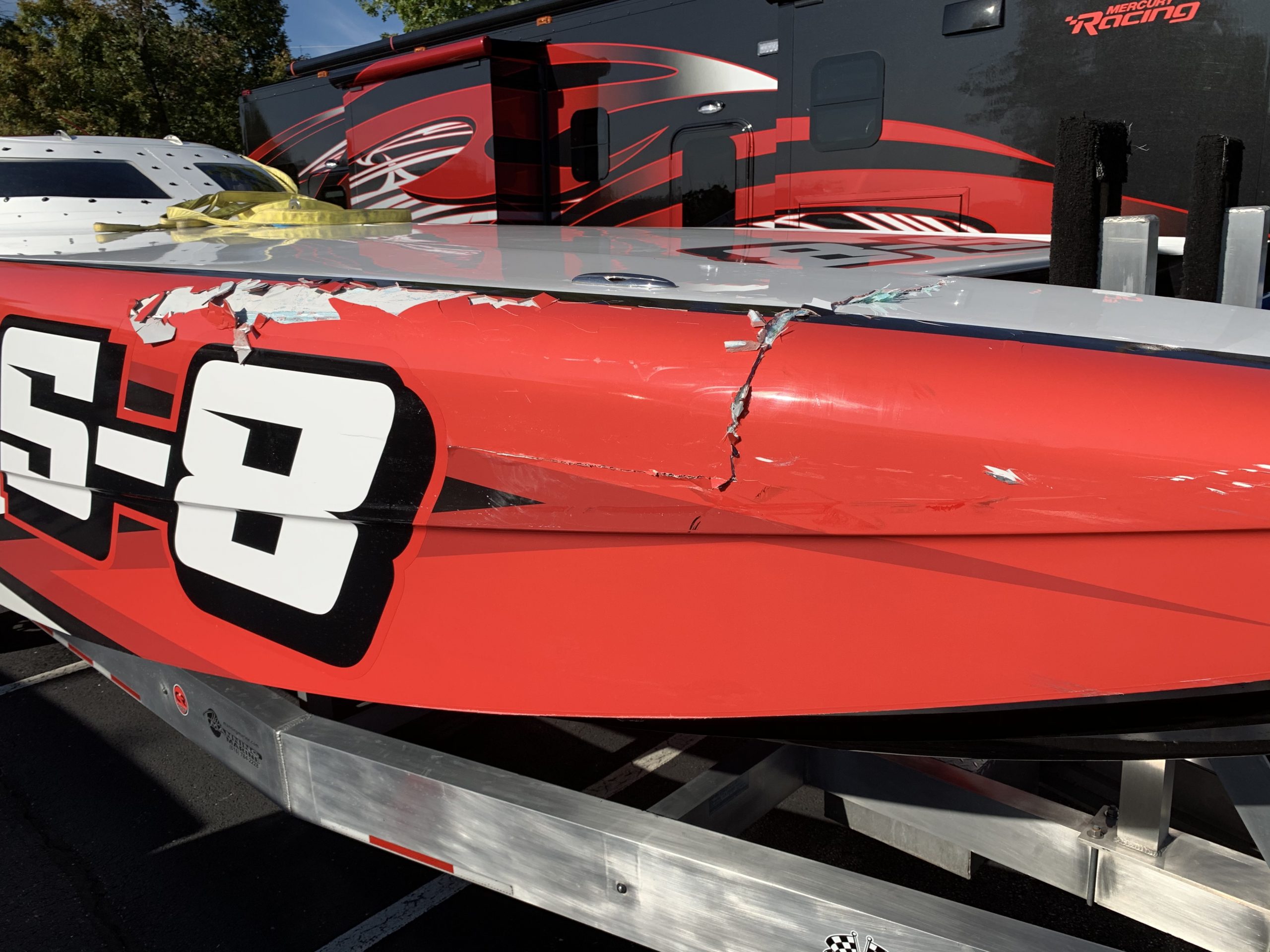 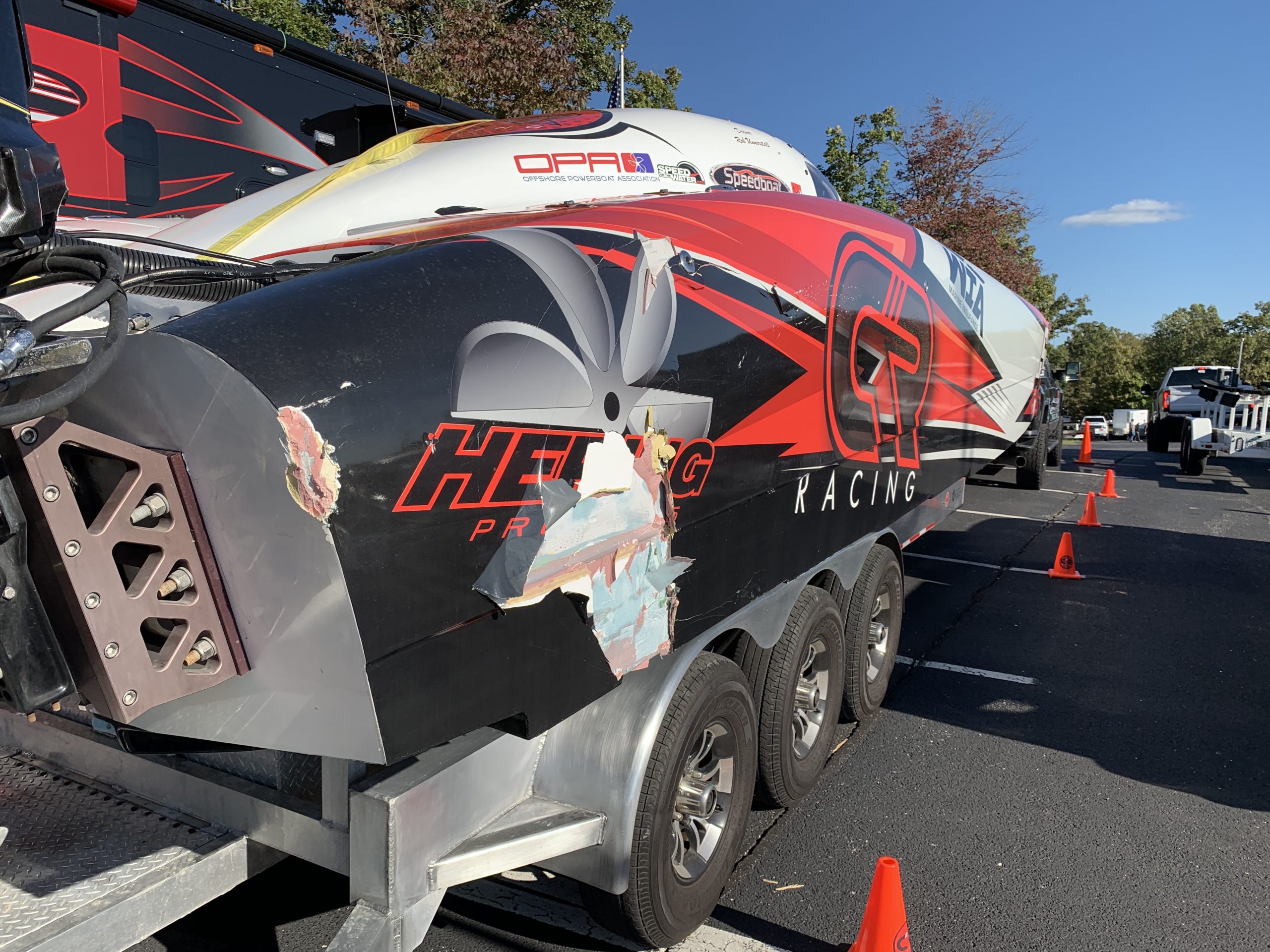 Significantly damaged last weekend, CR Racing will be sent out for fiberglass repair once it is de-rigged.

“We were taking on water and the Sea Tow guy was helping me pump while Rob was driving the Sea Tow boat,” he said, then chuckled. “We were kind of having fun at that point when our friends took a picture of him driving.”

After the crew has de-rigged the 32-footer at their shop in Osage Beach, Mo., they’ll haul the boat to fiberglass-repair expert Al Minon in Illinois.Boaz doesn’t expect to see it again until February.

“Al already has pictures of the damage—he’s one of the best fiberglass guys in the country,” said Boaz. “I think Mike Wright of the LPC team texted them to him before I even called.”

CR Racing will return to Super Stock-class competition in 2021.