Break the propeller-driven powerboat speed record of more than 220 mph before the Miami International Boat Show begins Feb. 11—that’s the mission of the team involved with Copeland’s Phenomenon, a 56-foot-long turbine-powered catamaran. Considering the boat has yet to touch the water, according to its throttleman Scott Barnhart, that’s a lofty goal.

“Right now, Carbonell (John Carbonell, owner of Super Boat International) has it set up for January 8,” Barnhart told me this morning. “But that will just be impossible—we’re working 15 hours a day now just to get the boat done, get it in the water and start testing by the end of next week. January 8? That’s a dream. I’m pretty good, but I’m not that good.”

Designed and built by the Copeland Group in Metairie, La., the catamaran was unveiled in early November at the SBI Key West Offshore World Championships. (Check out my Nov. 16 blog, “Record-Attempt Catamaran Unveiled at Key West Worlds.”) The cat’s four turbine engines reportedly can produce a combined 12,000 hp. Al Copeland, Jr., son of the late offshore racing legend Al Copeland, will pilot the boat with Barnhart.

“We definitely want to have that record under our belt before the boat show,” said Barnhart, who added that the cat the cat will be on display at the event. “Hopefully, we’ve done our homework.”

DVD Review: The History of Skater 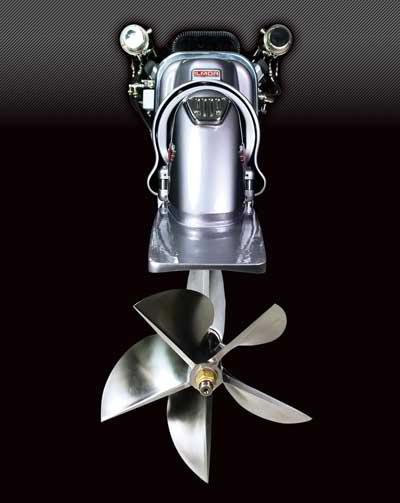