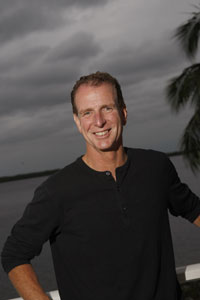 They say—whomever “they” are—that the news doesn’t take a day off. As it happens, they’re right and I was reminded of that when I caught up with John Walker, the former president of Donzi, Fountain and Pro-Line last Saturday for the story “American Marine Holdings: ‘Shut down production for a couple of weeks’” that went live on speedonthewater.com that day.

The day before, I’d spend the better part of the morning trying to decipher a business-speak press release, which I used for the basis of the “Liberty Out at American Marine Holdings” article that ran that afternoon.

At least there was an actual story behind all the rumors that have been flying around of late, though to tell the truth Friday’s press release was so sudden that it even surprised high-level people within the Liberty and American Marine Holdings groups.

The last industry story I’d pursued in a swirl of rumors, “Hledin on Skater: ‘We are not sold’” turned out to be nothing more than swirling rumors. And it was a pleasure to put them to rest.

How do these things start? In the case of Skater, the likely culprit is a bad game of telephone in which, “Did you hear about the new Skater dealership?” becomes “Did you hear Skater was sold?”

Trust me, it doesn’t take much more than that, especially in today’s world, where if you don’t return a text message within moments of receiving it the sender worries that something bad might have happened to you, when actually you were just trying to evade a state trooper on the interstate and needed to focus. But I digress.

That said, the Fountain-Donzi-Pro-Line-Baja-Liberty-AMH-news is real news. Real big news. But good or bad? Way too early to tell, and I don’t have enough hard data to begin to offer an informed opinion. Of course, that won’t stop people from speculating online, and I have no problem with that. That’s what message boards and forums are for.

Here’s what I do know: It’s Tuesday, October 11, 2011, and thanks to last Friday and Saturday it’s already been one wild news week in the go-fast boat world. I can’t wait to see what’s next.