Your go-to source for performance boating.
HomeCommentaryCommentary: We Can Always Slow Down

Right now, poker runs continue to exist because the people who have been killed in them were participants. The poker run population is small enough that the general public doesn’t seem to care if it exterminates itself. But the day a poker run boat collides at high speed with a cruiser full of passengers or a group of wakeboard boats, poker runs are done. Forever. 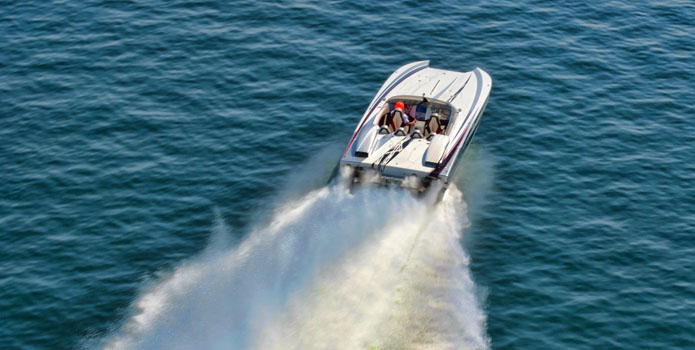 When it comes to speed on the water, there is a time and place for everything. But we can always slow down. Photo courtesy/copyright Jay Nichols/Naples Image.

Harsh stuff, right? Reality tends to be that way. And it’s time we all face it.

Running a boat at 150 mph on a controlled course is inherently risky and dangerous. That’s why the few offshore racers who do it regularly—and “few” is the correct amount—have full canopies, helmets, five-point restraints and oxygen systems. On an uncontrolled course, one on which every vessel has the same right to the waterway, the risk and danger levels increase exponentially.

People are inherently imperfect. They make mistakes. Little mistakes that happen when you’re traveling at 220 feet per second can kill you. Big mistakes that happen when you’re covering 220 feet per second will kill you. Just because you’ve done it 100 times and lived doesn’t mean you’ll survive run No. 101—because you are human and, as such, imperfect. And as they say in all those financial investment commercials, past success is not a guarantee of future performance.

Multiple boats running 150 mph near one another on an uncontrolled course multiplies the risk and danger. Even with substantial north/south and east/west separation, the closing time between vessels is frighteningly short at that speed. Less objective but true nonetheless is what can happen to the judgment of go-fast boat operators with fragile egos when they run their boats near one another at 150 mph.

I have watched two short videos of the last weekend’s Lake Cumberland Poker Run accident. I have spoken at length to one of the first guys in the water to reach Jeff Asbell and Brad Smith, the well-loved gentlemen who died when their catamaran flipped. I still don’t understand exactly what happened. To reach any conclusion based on that scant information would be premature and irresponsible.

So I have just two words of advice for now: Slow down. If you really want to honor these guys, who by so many accounts were wonderful people, if you really want to make the losses to their families and friends count for something, slow down. It is not the solution to all the safety challenges in poker runs, but it’s a good start.