Your go-to source for performance boating.
HomeCommentaryCommentary: Smoke on the Water Sparked the Swamp Run—And the Fire Keeps Burning

Commentary: Smoke on the Water Sparked the Swamp Run—And the Fire Keeps Burning

Commentary: Smoke on the Water Sparked the Swamp Run—And the Fire Keeps Burning 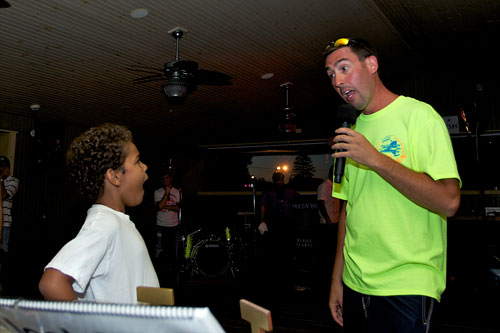 Next time someone gives you a load of self-righteous grief about your gas-guzzling, air-fouling, eardrum-splitting high- performance boat, please send him or her my way. Because while your boat may well be all those things, your community—meaning performance-boat owners around the country—pays it forward in a way like no other. These days, it’s hard to find any kind of organized go-fast boating event, especially in the poker-run realm, that doesn’t have some kind of charitable component.

The most recent example of the performance-boat community’s downright habitual devotion to charity happened last weekend at the 7th Annual Swamp Run on Lake Oneida in upstate New York. (The run earned its name for its sometimes cloudy water and abundant aquatic plant life.) More than 60 performance boats entered the run and, by all accounts, a good time was had by all.

That was especially true for Zach Ellingson, who attended the event with two other Make-A-Wish children and took the stage with Nolan Ferris, the lead organizer for the event, to help present the post-run awards. Ellingson is more than a fun-loving nine-year-old. He is a Make-A-Wish kid with leukemia—his doctors even altered his chemotherapy so he could grow hair in time for the event.

“Just to be able to bring a smile to his face, to have him do something he might never have been able to do, or might never be able to be do again, was worth its weight in gold to me,” said Ferris. “It means everything in the world to me.”

Want to know where Ferris and his friends found the inspiration for tying the Swamp Run into the Make-A-Wish Foundation? The famed Smoke on the Water Poker Poker Run on Lake Michigan, which contributed heavily to Make-A-Wish before it was discontinued several years ago after a tragic fatal accident. 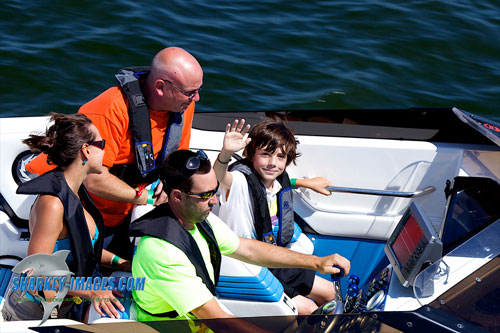 Ferris drove his 35′ Fountain in the run with a group of friends including young John Baker, his father and Kim Matthews.

“I think it’s awesome,” said Ferris. “Do I think we’ve reached out potential? No, I think we can be to Make-A-Wish what Smoke on the Water was at one time.”

So yes, please, by all means, send all the whiners and complainers about your boat my way. I’ll be happy, thrilled, elated—pick your word—to set them straight.

Commentary: In Fountain Versus Fountain, Only the Lawyers Ar...