Your go-to source for performance boating.
HomeCommentaryCommentary: Play Insurance By the Numbers

Contrary to what you may have read or heard, insuring a $1 million custom go-fast catamaran with twin 1,800-hp turbine engines is not “impossible.” It is, however, expensive.

According to Devin Wozencraft of Wozencraft Insurance, a Southern California-based insurance broker specializing in policies for high-performance powerboats, coverage for such a dreamboat will set you back $25,000 to $30,000 a year.

For that hefty annual sum, you get “new replacement value” coverage for the boat and $1 million in liability coverage. Do the math and that makes the policy worth $2 million. 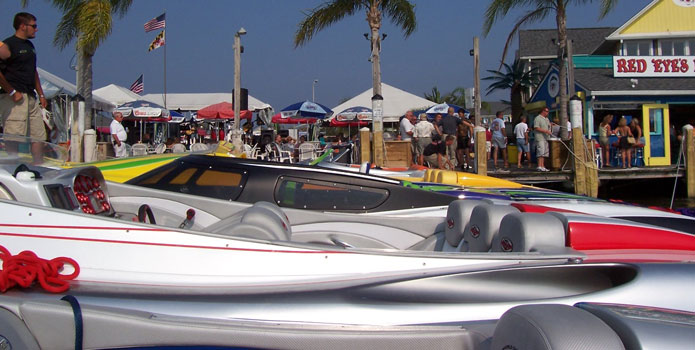 Provide inaccurate horsepower or top speed numbers for your boat and you might not have insurance coverage when you need it. Photo courtesy/copyright Tim Sharkey/Sharkey Images.

Truth be told, that’s not a lot of coverage on the liability side. If someone is seriously injured or dies in an accident on your boat, chances are good—really good—that between legal fees and settlements $1 million won’t last long. But it is something, at least, a cushion you probably don’t want to do without.

Why would you put it at risk by lying to your insurer about the top speed of your boat or the horsepower of your engines? Why would you provide false information that puts your coverage at risk to save money—the primary reason according to Wozencraft and others that people lie about it?

Why indeed. And yet it happens. A lot.

“It happens all the time,” say Wozencraft. “It typically doesn’t happen with the high-end, high-performance boat owner of something like a twin-engine turbine catamaran. Those people tend to have too much too lose and too much to protect. But it happens a lot with the river hot rods where someone claims to have a boat with a 500-hp engine and it really has an 800-hp engine and goes a lot faster than he says it does.”

So how do Wozencraft and his underwriters—he works with 12 different insurance companies—check the accuracy of the horsepower and top speed numbers provided?

“I have a whole archive of high-performance boating magazines full of test data on my desk, although as you know there aren’t as many of those magazines around as there used to be, and I don’t keep them because I’m a hoarder,” he says. “I also have a computer on my desk and so do the underwriters, and we can usually get answers online.”

“I ask people to honestly tell me what the top speed of their boat will be in regular conditions,” he says. “What is your boat going to top out at with four people on board under normal operating conditions? That is an acceptable answer—as long as you’re being honest.”

Lie to your insurer about either top speed or horsepower and get into an accident, and you can expect to have your premiums returned, your policy canceled and your claims denied. Now you’re on your own, and on top of all your other legal problems you might just have added, in the worst case involving lawsuits against the insurance carrier, fraud to the list.

If it doesn’t seem worth it that’s because it’s not.

A high-performance boater who’s been a go-fast boat insurance broker for 14 years, Wozencraft says he can usually tell when someone is being less than candid with him about a boat’s top speed and horsepower numbers.

“When I have someone who is not being honest, I say I will put in your numbers but if you are not representing yourself accurately I am concerned that if you have a loss you may not be covered,” says Wozencraft. “If you’re thinking of going down that road, I recommend you not purchase insurance and just self-insure.”

But if you could afford that, you probably wouldn’t be shopping for insurance in the first place.