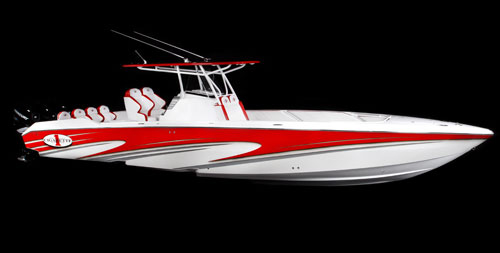 I’ve been told that the “Occupy Movement” is to liberals what the “Tea Party” is to conservatives. I don’t know if that’s true—it seems reasonable enough—but I do know this: All it takes to start a movement is passion and a cause.

So here’s mine: Occupy center consoles. And I’m plenty passionate about it.

Why? Because the near-term survival of  high-performance powerboats might just depend on it.

No one, particularly in the high-performance world, is saying that center consoles are “new.” Companies such as Yellowfin and Contender have been building them for the hardcore fishing crowd for years. Back when they still had a pulse, Fountain and Donzi embraced the center console segment, and that segment carried them in the past few years when sportboat sales evaporated. 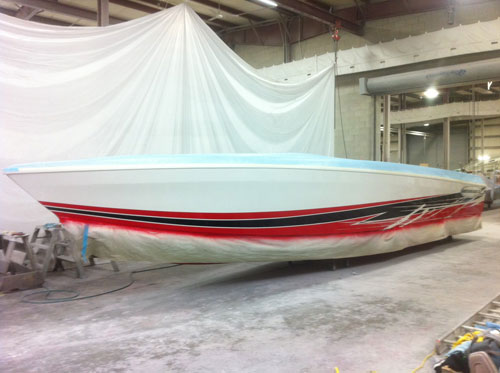 But now just about every custom V-bottom builder has at least one center console in its line-up, and at least one well-known catamaran builder could have a center-console “surprise” at the 2012 Miami International Boat Show.

Cigarette lit the custom go-fast center console fire with the 39’ Top Fish a few years back—and fanned the flames yesterday when it introduced the 39’ Top Gun Open at the Fort Lauderdale International Boat Show. Now Nor-Tech, Outerlimits, Sonic and Spectre by Frisini, Statement and Sunsation (a semi-custom builder) have joined the show.

Why? Because custom go-fast center consoles are outselling pure performance boats for any number of reasons, not the least of which is because the needs and desires of the existing performance boat-owning population are changing. Sure, there’s new blood coming in, but not nearly at the rate that the old blood is, well, aging.

Though the subject of “over-saturation” has been batted about online, it’s a non-issue for the moment. Right now, the custom high-performance-boat builders offering center consoles are looking at their existing customers for repeat business. Brand loyalty is huge in the go-fast world. So while a center console from one of the builders mentioned above likely won’t attract the mainstream production center console buyer or the fishing nut, it will appeal to a brand-loyal go-fast guy who just can’t see himself in Pro-Line—if he can even get one again—or a Robalo.

Listen, I love pure go-fast boats as much as anyone and I’ve been blessed—and I mean blessed—to have logged seat time in a lot of them. I love them so much that I’d like for the companies that build them to be around many years after I take the Long Dirt Nap. And in the near-term, what that might take are sales of center consoles from those companies. The world of custom go-fast world isn’t coming to an end—the tooling will still be there when the market comes back.

But in the mean time, you’ve got to build what sells. 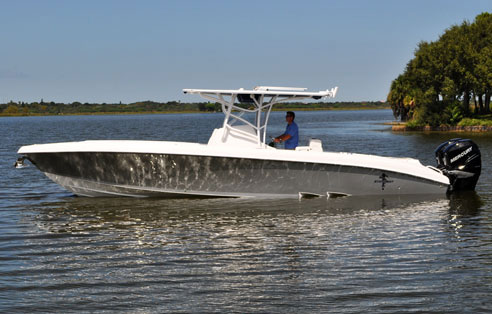 Commentary: Time is the Answer for Production Performance Bo...