Your go-to source for performance boating.
HomeCommentaryCommentary: Is There Life Beyond Poker Runs?

As I stood in waist deep water, sipped a beer and hung out with six or seven Cigarette owners and their friends last weekend at Crab Island in Destin, Fla., I got to thinking. My first thought? This is really, really cool. This place is cool. These people are cool.

My second thought? I need another beer.

Since I first read Hunter S. Thompson and George Plimpton many years ago, I have been a firm believer and—since my early 20s—devout practitioner of participatory journalism. Loosely defined, that means jumping into the deep end, so to speak, with your subjects. They hang out on one of the best-known sandbars on the Emerald Coast during last weekend’s Cigarette Racing Team Rendezvous, you hang out with them. They drink beer, you drink beer. You get the idea. 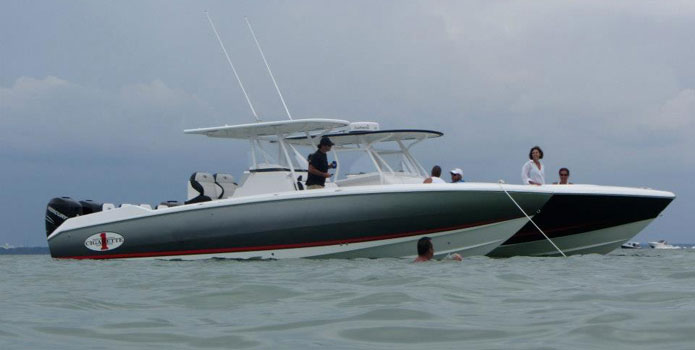 On the water with new friiends at the Cigarette Racing Team Rendezvous. Photo by Vicki Newton.

My third thought? This is every bit as cool as a poker run—maybe even a little cooler.

Now, quickly, before poker run impresarios Stu Jones and Bill Taylor start sending me hate texts, let me explain. First, I like poker runs, at least I like the ones I have done, which is far from most of them. And even if I didn’t like them, I couldn’t deny their positive impact on the high-performance marine industry. They have done more for the go-fast powerboat world in their relatively short history than offshore powerboat racing has done in its entire history.

Sure, Reggie Fountain made a name for himself and his boats racing offshore. But he sold a whole lot more of them to poker run lovers than offshore racers. A whole lot more.

But—and you had to know this was coming—there is a certain been there, done that aspect to all poker runs that I find inescapable. Some never get old, but some have clearly exceeded their freshness dates. Plus, I’ve been told by many poker run participants and sponsors that, despite the contraction forced by the economy in recent years, there are simply too many events. 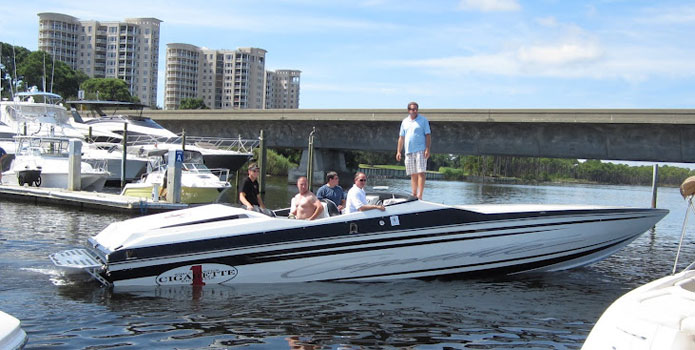 The guys on this Cigarette 42 X came all the way from Chicago to Florida for “something different” at the Cigarette event. Photo by Marilyn DeMartini.

So what’s the solution? Simple. Mix it up. You only have so many weekends during a boating season. They’re precious. To waste one on something you think you’ll like but know you won’t love is unacceptable. Take a chance on something different. And if it happens to be a manufacturer’s rendezvous and your boat fills the bill, go for it.

All of the Cigarette owners I spoke with during the Rendezvous talked about their favorite poker runs. A bunch of them will hit the Florida Powerboat Club’s Key West Poker Run next month. A bunch will head to the club’s Miami Boat Show Poker Run a few months later. So they’re far from done with poker runs.

But several also told me that they liked how laid back and unstructured the Cigarette Rendezvous was, and it reminded me that I heard exactly the same thing during the Formula Rendezvous several years ago on Lake Charlevoix in Michigan. Like the Cigarette event, it had a brand-specific, “birds of a feather,” owners-pride vibe that you won’t find during a poker run.

Of course, I don’t own a Cigarette. I am not a bird of that particular feather—few journalists are. But I have a “lifestyle job”—one of those killer occupations that enables you to do things that are well above your economic station—that put me smack dab in the middle of a bunch of them last weekend on Crab Island. So I had to dive into the deep end.

That’s my job. What else was I supposed to do? 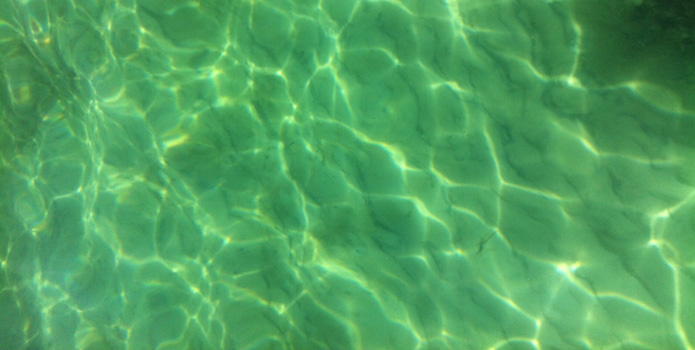 Find bluer or greener your pastures—your time on the water is what you make it. Photo by Lisa Ellis.

Commentary: Will The Superboat Class Be Reborn?