Maybe I’ve been living under a rock, but I had no idea there was such a thing as an annual contest for the “Eight Coolest Things Made In Wisconsin,” a competition put on by the Wisconsin Manufacturers and Commerce association. My knee-jerk vote would have been for cheese curds, but they are not made exclusively in Wisconsin—though no self-respecting cheese curd aficionado would order them anywhere else.

Mercury Racing’s 450R outboard engine is the coolest product made in Wisconsin—and it’s not even close. Photo courtesy/copyright Mercury Racing.

But sticking with products exclusively made in Wisconsin, the Mercury Racing 450R outboard engine is an easy choice. The V-8 outboard produces 40 percent more torque than its 400-hp sibling—and is roughly the same weight—and is getting raves around the marine industry.

And let’s face it, you don’t have to be a high-performance marine world fan to know that a 450-hp supercharged outboard is way cooler than any of the seven other products still left in the contest. OK, even though I don’t own a gun I will admit that a Henry Repeating Arms Big Boy All-Weather rifle is pretty freaking cool. And I’m sure that Infused Maple Syrup from Tapped Maple Syrup LLC is tasty enough enough to earn a sort-of-cool rating.

But a tractor mower, a clay target machine, a wide-area mower and the rest? Unless “cool” has some definition or connotation I’m not aware of, no way. The Mercury Racing 450R wins in a walk.

Of course, if you’re of a mind to you can head to the voting page on the WMC website, as I just did, to help it along on its path to what should be an easy victory. 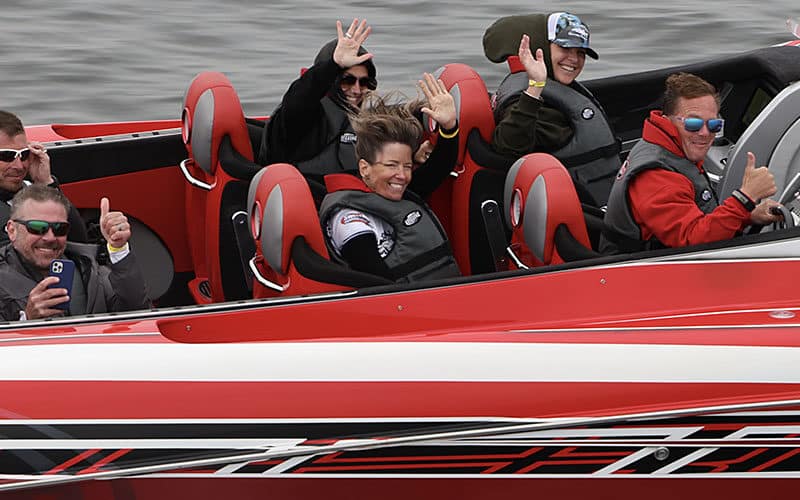