Your go-to source for performance boating.
HomeIn the NewsClearwater Wants The Worlds

If the local shakers and movers behind the annual Super Boat International National Championships in Clearwater, Fla., have their way, the city will host the SBI Offshore World Championships in the near future. According to Brian Aungst, the former two-term Mayor of Clearwater, the Gulf Coast community would like have the SBI Worlds follow a couple of weeks after the SBI Nationals. To that end, Aungst and his fellow Clearwater Nationals race co-chairman and local restaurant owner Frank Chivas, have had discussions with John Carbonell, the head of SBI. 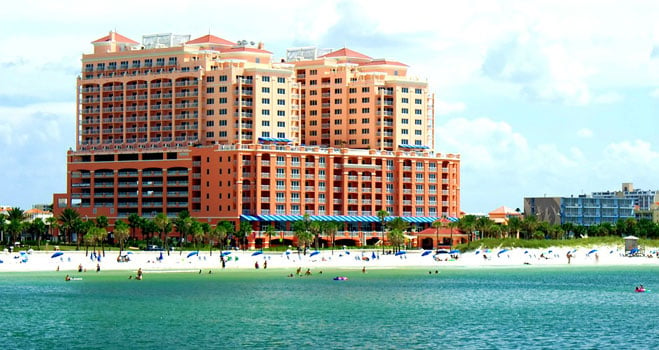 “I’m not saying it’s definitely going to happen, but we’ve had some discussions with John and we have some interest,” said Aungst. “As race venues go, I don’t think it gets any better than this. You can see the whole track from the beach. The Coast Guard estimated that last year there were 5,500 boats in the spectator fleet. They were 10 deep. And there was an estimated 40,000 to 50,000 more people watching from the hotels and the beach. Can you imagine what a weeklong event would be like here?”

For local Clearwater businesses, the economic incentive to host the SBI World Championships is substantial. Last year, the three-day National event had an estimated $15 million positive impact for the city, according to Aungst. The year before, it brought in approximately $13.5 million. The economic impact numbers for 2013 aren’t in yet, but Aungst expects them to be even better.

Before the event came to Clearwater five years ago, hotel occupancy rates were in the 30-percent range during the late-September weekend. Last year, they were more than 90 percent on the same weekend.

“We’re proud of that, ” said Aungst. “We know we are putting heads in the beds. Frankly, we originally chose this weekend because it was traditionally one of the two or slowest weekends in the of the year. But we didn’t just want an offshore race—we wanted something more, so we approached John on the idea of the Nationals here. And every year, we add something new.”

Editor’s Note: Speedonthewater.com will follow this story as it develops.