The future home of CK Performance Marine in Norton Shores, Mich., is in the works. Photos courtesy Mike Holford

In fact, after four-plus years of owning the business, which is a preferred Mercury Racing certified service center, Holford recently decided it’s time to make another significant investment with a new property so he purchased land and started breaking ground on a larger, more modern facility about 15 miles northwest in Norton Shores, Mich.

“It’s hard to believe we’ve been doing this without Keith for almost five years,” said Holford, who was quick to thank his wife, Sarah, for supporting him and handling the business finances despite working a full-time job as an accountant in the food industry. “We’ve been getting busier and busier with rebuilds, maintenance and other projects that it became time to look at the future of the business. We’re bursting at the seams so we figured that buying land and constructing our own building was the smartest decision we could make for our long-term success.”

Convinced that if he had more space in his current 9,000-square-foot shop, he could take in more work and hire additional employees than the three he currently has working for him, Holford is excited about the future at the new property.

Check out the slideshow above for several images of the current and future sites of CK Performance Marine.

“We’re so thankful for our loyal CK Performance Marine customers; without them we wouldn’t be making this move,” Holford said, adding that the drive rebuild business has been consistently busy. “Our clients have been so great. They trust us with some pretty incredible hardware, too. It’s a little scary to be taking this leap, but we’re investing in our future by creating a greater marine service center that will be even closer to the water for testing purposes.”

If all goes as planned, Holford, who recently added his Mercury outboard certification to his Mercury Marine and Mercury Racing sterndrive qualifications, expects to be moved into the new facility, which sits on a little more than two acres, before the end of the year.

“We’re currently building a 12,000-square-foot shop with two 20-foot by 70-foot mezzanines and a reception office in front,” he said. “We have plans for a second building, too, and there’s space to expand, if needed. We’re excited to get everything set up to make our business more efficient. We’re also excited to be closer to the water.” 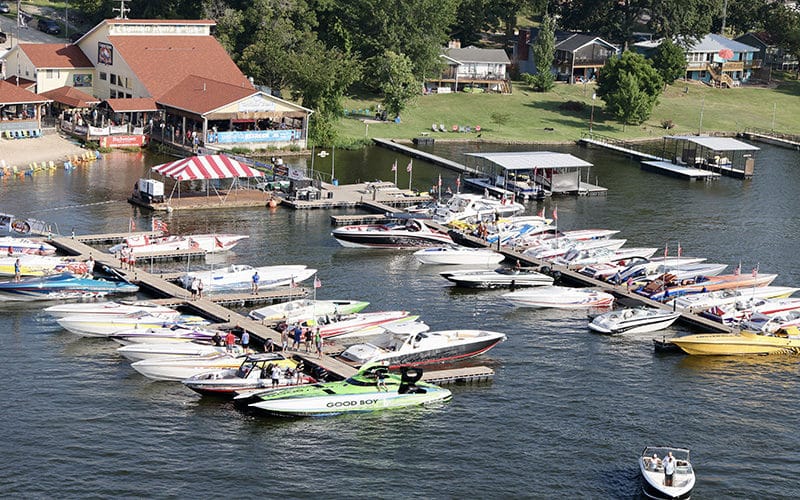