When legendary offshore racing world champion Bobby Saccenti heard about the Venture Cup offshore endurance race, which is set to take place in June, he, of course, had to be a part of it. 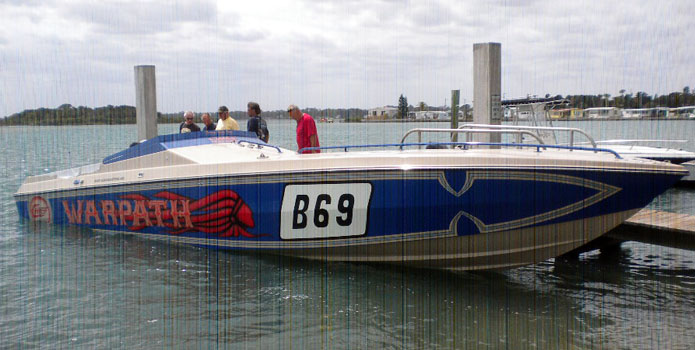 Set to make its racing debut in the Venture Cup in June, the new Chief Powerboats 42 Warrior, Warpath, went for its first sea trial this week.

The founder of Chief Powerboats in Daytona, Fla., was, in his own words, “weaned on true offshore racing.” So the challenging Venture Cup—featuring a four-day, 750-nautical-mile prologue designed as a shakedown event for next year’s official Venture Cup that will last 15 days, cover 2,400 miles and visit 11 cities in five countries—was definitely appealing.

Fortunately for Saccenti, a European businessman commissioned the build of the Chief 42 Warrior V-bottom with the goal of competing in the Venture Cup’s B Class as the Chief Factory Race Team. Nearly complete, Saccenti and John Pompi of Marine Performance in Port Orange, Fla., ran the boat earlier this week in Daytona and were extremely pleased with the boat’s performance right out of the box.

“I’ve never used Arneson surface drives on the stepped 42-footer—I’ve always went with stern drives,” said Saccenti, adding that the team agreed to call the boat Warpath after his classic 41-foot Apache that he said put him on the offshore racing map. “Between the drives, the engines and the propellers, the boat has exceeded my expectations. We were shooting for a 90-plus-mph top speed and we overshot that mark the first time out. I guess the boat loves Arnesons. Who knew?” 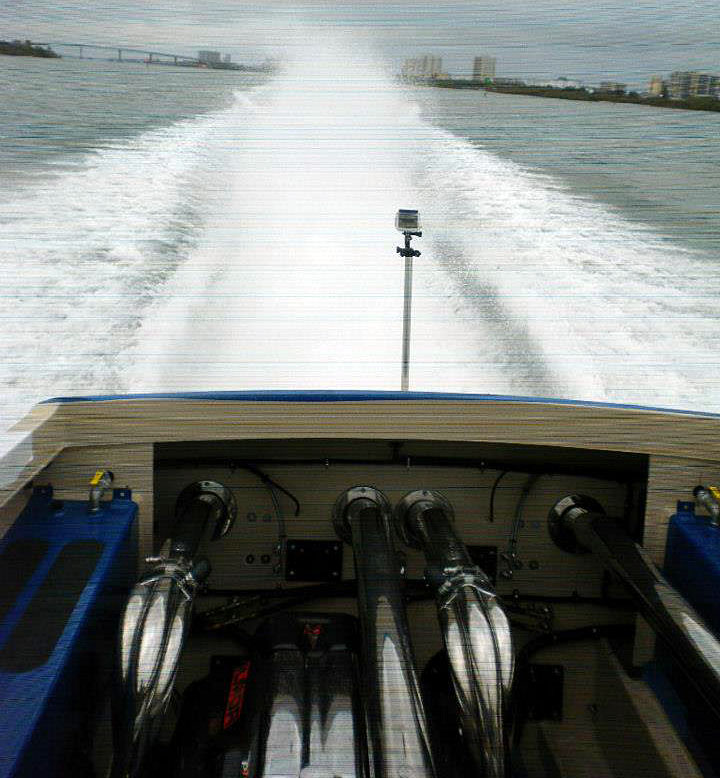 Bobby Saccenti and John Pompi ran the Ilmor-powered 42-footer in Daytona, Fla., and were very impressed with the performance right out of the box.

The 9,500-pound boat is powered by a pair of staggered Ilmor Marine MV10 725 engines connected with Arneson ASD8-6 drop box drive units with a 1.56:1 reduction ratio. Twin five-blade propellers from Hering Propellers help put the power to the water, although Saccenti said the team is planning to do some prop testing before the boat is shipped to Southampton, England, in May.

“I’ve been doing this for almost 40 years,” said Saccenti referring to his involvement with offshore racing that has taken him to various parts of the world. “I’ve raced in the Mediterranean and won national and world championships. I know what real, rough offshore racing is, the kind where you’re not running in circles and you go out and don’t see land. That’s what caught my attention about the Venture Cup—it’s a true offshore race. I won’t be racing the new boat—I’m too old for that and would be more of a detriment than anything else—but we’re going to have an amazing crew running it.”

Saccenti said he joined Pompi and his crew at Marine Performance to handle the boat’s rigging. He also brought in Gail Paik, the woman who painted the original Warpath boat that Saccenti raced alongside Ben Kramer in the ’80s, to handle the paint job on the new 42-footer.

“We have all the right people in place to get the job done—it’s a very tight circle,” Saccenti explained. “We set the boat up for longevity with an abundance of fuel. That’s why we went with Arnesons because we know they can handle a race of this magnitude. And the Ilmor engines are phenomenal. Working with the guys at Ilmor as well as Rik (Wimp of Arneson) and Jeff (Johnston of Hering) has been amazing. Never in my wildest imagination would I think the combination we selected would have my boat running faster than 100 mph. I’m so impressed the way everyone worked together on this package.”

Saccenti admitted he had his doubts about the setup, but is very happy with the results. After they get the engine hatch fitted and update a few things inside the cockpit, Saccenti said the boat will be ready for some serious testing offshore in non-protected waters.

“Bobby told me that everyone was telling him the Arnesons weren’t going to work,” Wimp said. “I knew they would—a V-bottom is a V-bottom. We just had to match the gear ratio and setup with the power to meet his expectations, which we far surpassed. He said he lost some sleep before the sea trial because of the people telling him it wasn’t going to work. You know what he told me after running the boat? He said, ‘What do those people know anyway?’ I cracked up when he said that.”

To stay up to date with the Chief Factory Race Team’s progress, you can follow its online blog here.