Known for the high-horsepower, turbocharged engines he’s been building since the early ’90s, Tommy Hoftstetter has yet another jaw-dropping Chief Performance (formerly Chief Engines) power plant in the works. 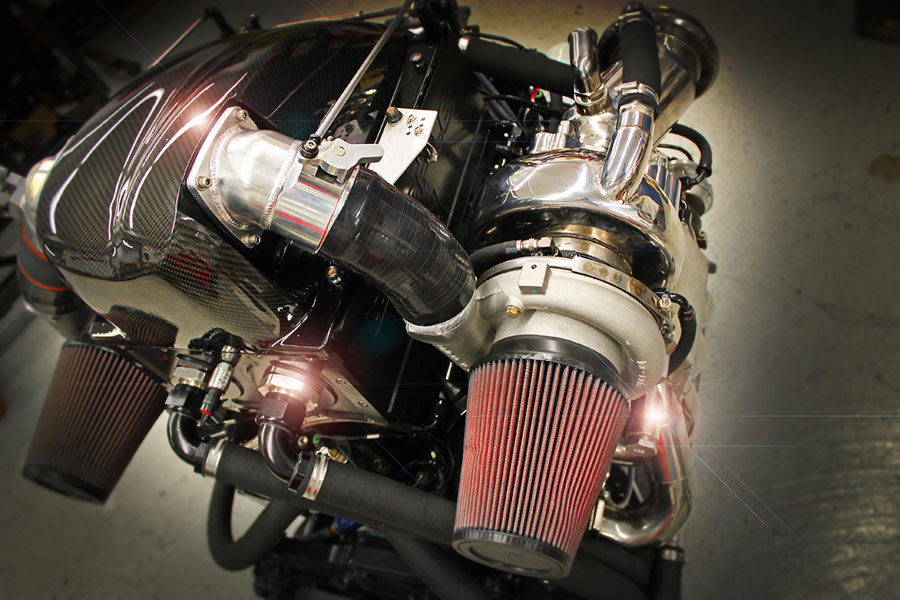 As one might expect from Hofstetter, the Fort Lauderdale, Fla., engine builder didn’t just try to one-up his top-tier models—a turbocharged 1,350-hp engine and a supercharged 1,550-hp monster—he went ahead and developed a twin-turbocharged, intercooled, 557-cubic-inch engine that cranks out a whopping 1,900 hp and 7,500 rpm, according to Chief Performance’s dyno machine. (Watch the video here.)

Designed for one of Hofstetter’s best customers—Dale Crighton—the twin 1,900-hp engines are currently being prepared for Crighton’s 43-foot Doug Wright, Purgatory, a canopied four-seat offshore catamaran. With help from Grant’s Custom Rigging in Fort Lauderdale, the engines for the rudder-style boat are being rigged with a pair of Arneson Marine surface drives.

“I’ve been working on a new turbocharged system for some time now, and I finally have it together and ready to show what it can do,” said Hofstetter, who expects to start testing the boat soon and have it ready for the Key West Poker Run in November. “Obviously we’re going to need to play with the setup, but clearly the goal is to go over 200 mph and I believe we can accomplish that safely.” 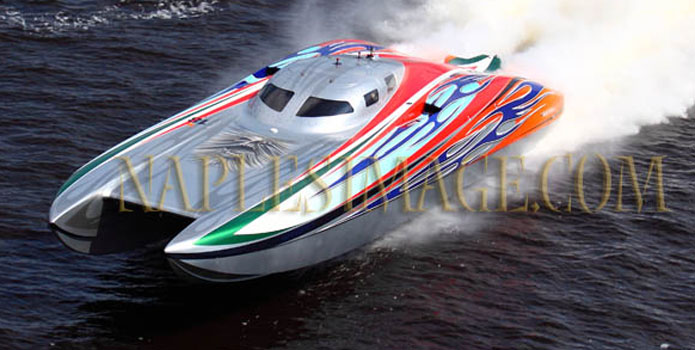 A top speed faster than 200 mph is a modest estimate considering the 43-footer has reportedly topped 180 mph with its 1,400-plus-hp engines. And according to Crighton, the boat, which was built in 2009, accelerates to its top speed in about 25 seconds.

“I’ve been pleased with the boat itself, but I just wanted to do something different,” said Crighton, a native of the Cayman Islands. “I like to go fast and the more acceleration the better. I’m never really satisfied—my biggest flaw is that I like too much power, I guess. I’m a guy who likes to do a poker run and then bring the boat back to the drawing board.”

Speedonthewater.com will keep in contact with Hofstetter and company to find out how the testing goes.