Your go-to source for performance boating.
HomeIn the NewsCheckmate’s 50-Year Secret to Success 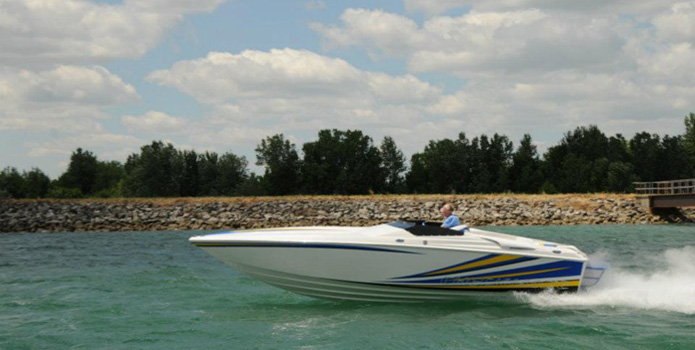 Talk to Bill Combs, the founder of Checkmate Boats in Bucyrus, Ohio, for even a few minutes and you get the feeling that—if he wanted to—he could still run the sportboat company with the same kind of passion and intelligence that has led to the brand’s cult-like popularity and status. The witty, plain-spoken 85-year-old, whose sons Kip, 47, and Mike, 60, still work in the company now owned by Baja Marine founder Doug Smith. Combs sold Checkmate after building what he estimates to be 6,000 to 7,000 boats.

Asked if he ever expected to produce that many boats during the 44 years he owned the company, Combs chuckles softly. “No, I don’t think I really thought about it much,” he says. “We were kind of busy at the time.”