Production has begun on the first Checkmate 260 Convincor with a Mercury Racing 565 engine. The 26-footer, which was released in the summer of 2012 and is the latest model from the sportboat builder, is going to a buyer in New Jersey, according to Doug Smith, the owner of the Bucyrus, Ohio, company. 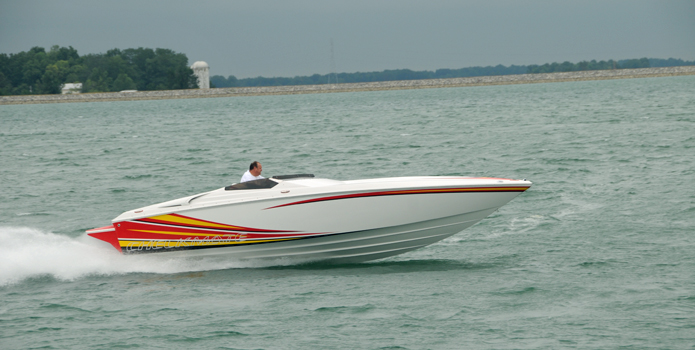 Orders for the 260 Convincor reportedly have been strong since Checkmate released the model in the summer of 2012.

Smith said that the company has taken orders for ten 26-footers since the model was released. Of those, six have been sold to retail customers. Two are still owned by Checkmate dealers and two, including the 565-powered version presently being laid up, are in production at the Checkmate plant.

“We’ve very pleased with the sales performance of the 260,” said Smith. “For a new model that really hasn’t been seen at the shows, it’s doing very well.”

The 260 Convincor will not be displayed at the 2013 Miami International Boat Show. Said Smith, “We’d like to display in Miami, but we just don’t have a dealer down there yet. But we’re working on it and we’re close.”