Your go-to source for performance boating.
HomeIn the NewsCharged Up with Unique Custom Marine 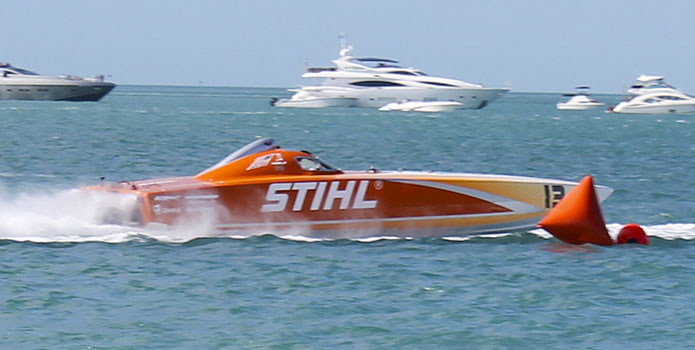 Before the Lake of the Ozarks Shootout, I’d never met Dave DeLezenne. Now that I’ve had the chance to get to know the guy behind Unique Custom Marine Ultra One Batteries, I’ve been trying to figure out how we’ve never crossed paths before. DeLezenne has worked alongside some of the brightest in the business crafting his knowledge of performance boats from service and setup to driving and rigging since his early days in Michigan to his most recent ventures in South Florida.

Today DeLezenne, who has worked for RPM Racing, Cigarette Racing, Fastboats.com, Suncoast Powerboats at Doller Offshore Marine and more, is focused on his new undertaking, a combination of concierge, service, rigging and more to complement a battery distribution business with plenty of upside. As the official distributor of NorthStar’s ultra high-performance Absorbent Glass Mat (AGM) line of batteries, DeLezenne believes he’s found and can deliver the best batteries for performance boaters.