Local go-fast powerboat owners in town early for this weekend’s Boyne Thunder Poker Run got a taste of Lake Michigan today during an unofficial “Fun Run.” Though the official festivities for the event, which is based in Boyne City, Mich., on the shores of Lake Charlevoix, begin tomorrow evening, approximately 25 high-performance boats headed out in the late morning. 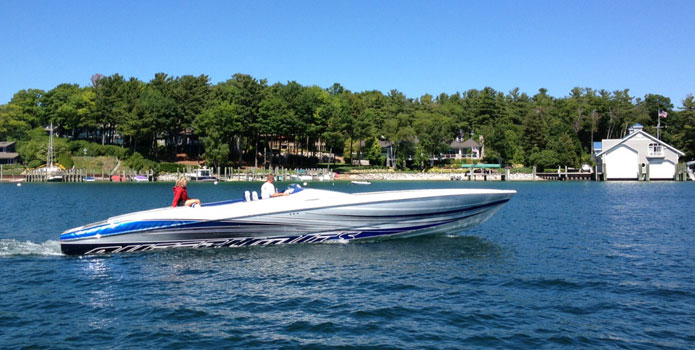 “It was a nice way to get out on the water and have some fun before the event,” said Peter Oppermann, who owns a 37-foot Outerlimits but rode in a 39-foot Nor-Tech center console today, and is one of the event’s organizers. (Oppermann lives in Gaylord, Mich., but has an office in Boyne City.) “Most of the boats that went out today were from Michigan, but I think we had one from Ohio.

“We sent out an email to everyone saying that if they wanted to come out we’d be doing this,” he added. “We have five or six ‘marshal boats’ (for the official run), and we invited them, too.”

The fleet assembled in Round Lake, a small body of water between Lake Charlevoix and Lake Michigan that is connected to both by channels. From there, the group traveled up Lake Michigan to the upscale waterside community of Bay Harbor for lunch, then headed back to Boyne City. 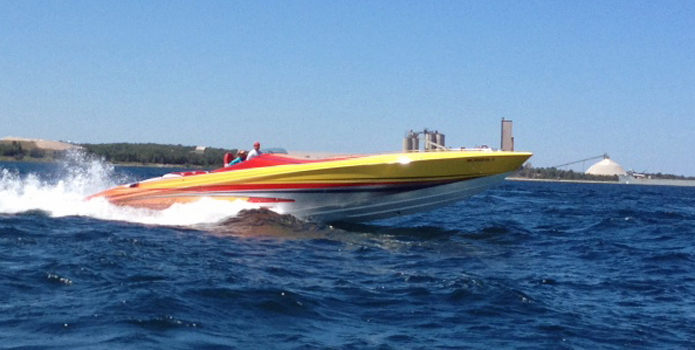 Tracy Nemecek, one of the event organizers, described the Lake Michigan water condtions as “choppy.”

“We had a good fun run today, a little choppy and snotty out there, but that’s good,” said Tracy Nemecek, who owns a 47-foot Nor-Tech and also is one of the Boyne Thunder organizers.

With 80-plus registered boats, the Boyne Thunder Poker Run, which is celebrating its 10th anniversary, sold out early this year. Said Oppermann with a laugh, “It’s going to be crazy.” 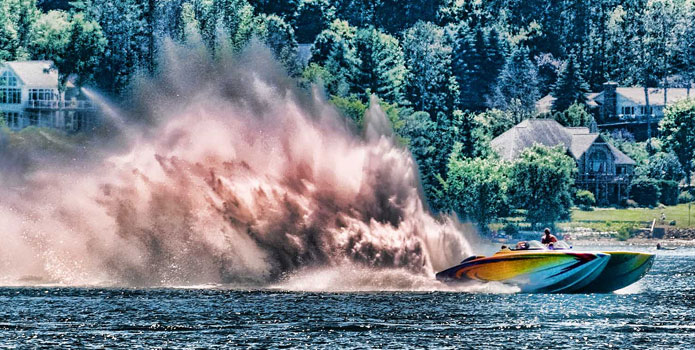 Today’s run offered just a taste of things to come this weekend.

Editor’s Note: Speedonthewater.com will cover the Boyne Thunder Poker Run this weekend as the event unfolds.