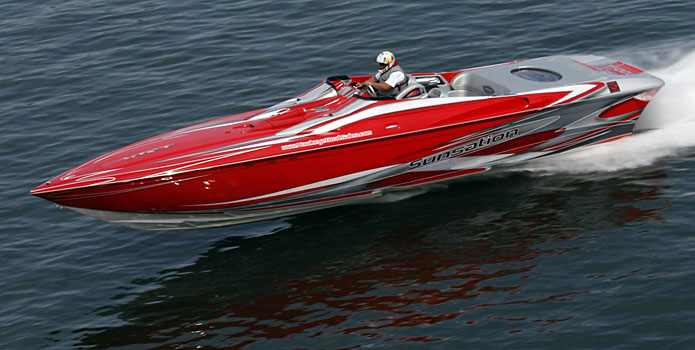 For more than thirty years, Sunsation Boats has been building quality boats from its shop in Michigan.

You can hear it in his voice—the man was born to build boats. Whether Wayne Schaldenbrand, who owns Sunsation Boats with his brother Joe, is discussing the controlled heat environment for laminating boats or what it’s like to test boats in freezing temperatures with snow on the ground, it’s clear he loves what he does.

Even when his company was cutting back and sparsely building boats a few years back, Schaldenbrand remained positive and focused on the future. He inherited his strong-minded attitude from his grandfather, Roy Schaldenbrand, who worked at the original Chris-Craft Boats factory in Algonac, Mich., the same city where Sunsation builds its V-bottom models.