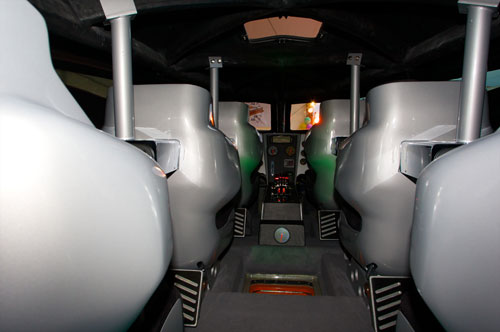 We’ve all seen plenty of photos of Copeland’s Phenomenon from the outside. But only one has been published—in an entry in this blog—of the quad-turbine, 12,000-hp catamaran’s interior. That’s because photographer Tim Sharkey, who is the first and only professional shooter to capture images inside the boat, which was built for an attempt to break the propeller-driven water-speed record, has been negotiating with magazines and web sites that expressed interest in publishing them.

I’m happy to report—make that ecstatic—that Sharkey’s interior images of Phenomenon will appear in March on Boats.com. In addition to my speedonthewater.com/BoaterMouth.com blog and contributing to Powerboat and H20 Full Throttle magazines, I write a bi-monthly column for Boats.com. Sharkey’s work will appear in my first March column. I’ll let you know the moment the column goes live.

Later this year, the images and an expanded version of the column will appear in print via Yachtworld magazine. I’ll let you know when that happens, too.