Your go-to source for performance boating.
HomeIn the NewsBoaters Gather in Florida for Toys for Tots Tour

With roughly 50 boats in attendance, the 2012 Boating Toys for Tots Tour proved once again why it’s a boating event like no other. With U.S. Marines standing on the docks in Welaka, Fla., boaters from across the state and other parts of the country delivered toys and gifts for the annual toy collection drive. 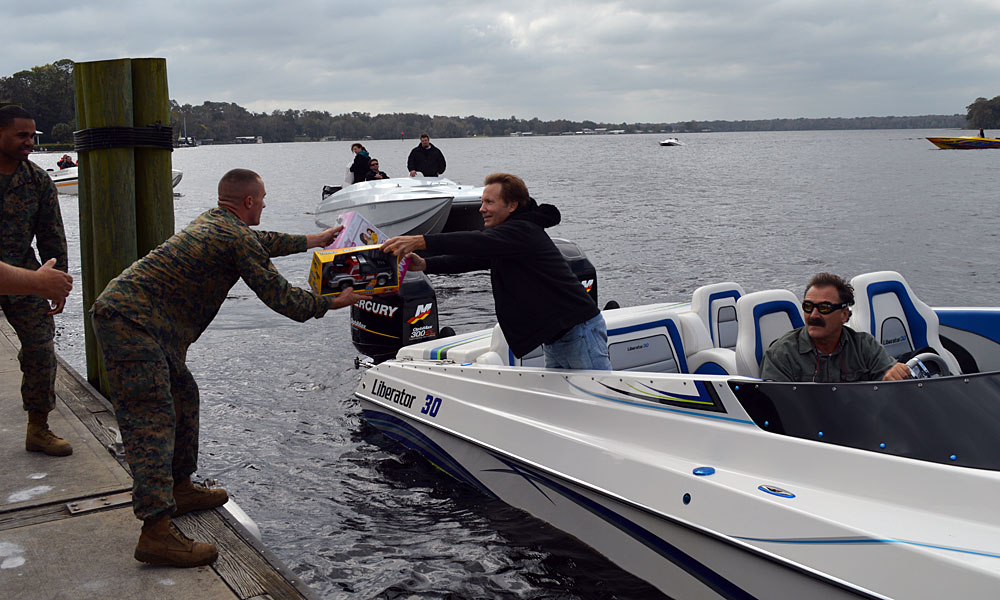 Boaters delivered thousands of dollars worth of toys during the Boating Toys for Tots Tour in Florida.

Starting in Palatka, boaters ran south on the St. Johns River on Saturday, Nov. 17, and dropped off bags upon bags of toys to the Marines. Afterward participants gathered at the Welaka Lodge for lunch and later were treated to a party with a live band at the Quality Inn in Palatka.

“The event went real well this year,” said organizer Rus Matos, who moved the Boating Toys for Tots Tour up a few weeks to try to entice boaters returning from the Key West Poker Run to stop in northeast Florida and do something meaningful and heartwarming. “I don’t think it helped us to have our date right up against Key West this year, but we still had a great turnout and we delivered thousands and thousands of dollars worth of toys. Next year we’ll probably move it back to the first weekend of December again.”

From Fountains and MTIs to Skaters and Velocitys, Matos was excited about the variety of boats that were in attendance. Here are some additional images from the 2012 Boating Toys for Tots Tour. Click images to enlarge.