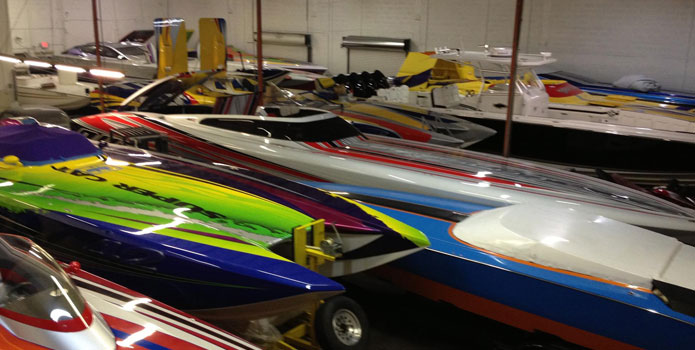 Opened two months ago in the Fort Lauderdale, Fla., area, Blue Octane Marine Group is on a mission to expand its high-performance powerboat storage, concierge and service offerings on a “larger scale,” according to Patrick Winkel, the president and chief executive officer of the company.

“The only way I believe this will work is to offer our services on a larger scale,” said Winkel, a multi-time performance-boat owner who owned and operated a computer security company in Connecticut before getting out of the tech world and moving to South Florida to open Blue Octane. “We have a 30,000 square-foot-facility, but I have access to the other 30,000 square feet so we can expand to 60,000 feet if we need to.

“But the key is our quality of service,” he added. “You can call us at 2 a.m. and be coming in from Europe, and we will pick up the phone. We have a rule that we return all phone calls in 30 minutes.”

Ron McLean of McLean Motorsports has teamed up with Winkel to handle the basic service needs—including pre-event boat prep and delivery and post-event boat retrieval and cleaning/detailing—for Blue Octane’s customers. At present, the company reportedly has 15 clients with an array of high-performance V-bottoms and catamarans from Cigarette Racing Team, Marine Technology, Inc., Outerlimits, Skater and more.

All boats are housed on site at the company’s storage building, which is fully insured and hurricane rated, according to Winkel. To transport vessels, the company has its own fleet of haulers.

While McLean said that Blue Octane will handle all basic powerboat service issues, as well as rigging, in house, major engine service work such as rebuilds and repowering will go to noted high-performance power man Tommy Hofstetter at Chief Engines, which also is located in Fort Lauderdale.

“Our premiere engine builder is Tommy at Chief,” said McLean. “We have four motors at Tommy’s right now. I’ve been having him rebuild motors for I don’t know how many years. He’s so good, and with him just being down the road it’s just so easy.”