Your go-to source for performance boating.
HomeMattBlogBig Power from Ilmor: “Not for awhile.” 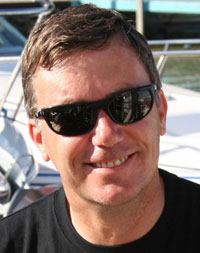 Don’t look for Ilmor Marine to introduce high-performance marine engines on the power scale of the relatively recent 1,300-plus-hp turbocharged and supercharged products from Mercury Racing, Teague Custom Marine and other notable engine builders anytime soon. In fact, according to Paul Ray, the president of the Plymouth, Mich., company, Ilmor’s plans for its performance-boat engine line are to move in the other direction.

“You’re not going to see any big power from Ilmor—not for awhile,” said Ray last Friday at the Desert Storm event in Lake Havasu City, Ariz. “We don’t think that’s the right place in the market. You can cater to the big-boat guys, but there are very few of those boats sold in reality. We can’t dive into a market that is already overpopulated with guys building big supercharged and turbocharged engines and say to ourselves, ‘This is a great business plan.’ So we’re looking to go smaller. We’re looking at the other end.

“If there is going to be a resurgence in the high-performance market—and obviously we think there is—it’s got to come from the entry level,” Ray continued. “We already have engines from 270 to 440 hp (built for the MasterCraft tow boat line) and those would be perfect for smaller performance boats. You can’t finance a big boat—you can’t finance almost any boat now. But if you’re going to have a chance of financing a new boat, which is where the new customers are going to come from, it’s got to be with small, more-practical boats. Ultimately, those buyers will move up to bigger boats. But this industry will die—it will die—if the manufacturers don’t start paying attention to the smaller-boat market.”