The first V-bottom broke 100 mph in 1981. But consider this: The boat that did it was a 30-foot Velocity with twin 500-hp MerCruiser engines, whereas just last month a 29-foot-long Outerlimits V-bottom with one 565-hp Mercury Racing engine reached 99 mph at the Lake of the Ozarks Shootout. (See “Mercury Racing 565-Powered 29-Footer Hits 99 mph.”) 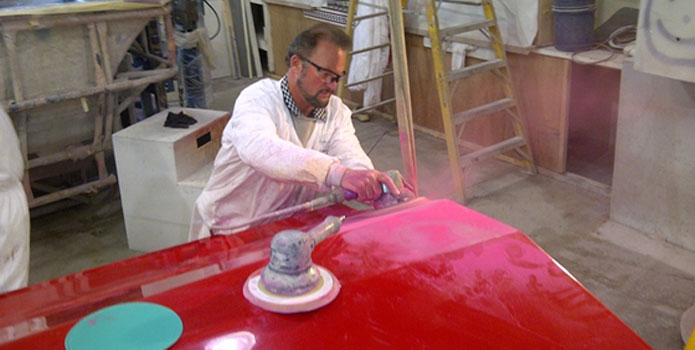 The gains in high-performance hull design and efficiency in the past 30 years are undeniable, as are the advances in construction technology. The conventional hull, vinylester-and-resin-pad-bottom Velocity probably weighed 2,000 pounds more than the stepped-hull, epoxy-and-carbon-fiber Outerlimits—the extra engine and drive alone accounted for a significant chunk of that. Why else would it take 500 more horsepower for a boat of roughly the same length to run roughly the same speed? Obviously, lower weight plus greater hull efficiency equals more speed on less power.