Your go-to source for performance boating.
HomeIn the NewsBaja to Return, Fountain and Donzi Being ‘Reassessed’

With the May 23 discharge of the court-appointed receiver for Fountain, Baja by Fountain, Donzi and Pro-Line and a sealed Mediation Settlement Agreement in place, the Washington, N.C. boat companies’ management is formulating plans for resuming production with at least one and possibly all of the brands. While the Baja brand reportedly will return to production, the future of Donzi, Fountain (above) and Pro-Line has yet to be determined. Photo courtesy/copyright Tim Sharkey/Sharkey Images.

“I’ve been asked to take charge of putting together a plan for reintroduction of the brands into the marketplace,” said John Walker, who headed the boat companies before American Marine Holdings, which had the Fountain, Donzi- and Pro-Line brands under its umbrella, left in October. “We are going to start with Baja right where we left off because we know there is some pretty decent interest in that brand.

“We are assessing the situation with Pro-Line, Donzi and Fountain,” he continued.  “We’re in the early stages of figuring out what has happened since we left in October and putting a plan together. Right now, we’re just trying to wrap our arms around what we have. When we left, we had a bunch of orders for Fountain, Donzi and Pro-Line. Do we still have those orders? They were not building boats under the receiver. Do we still have dealers? Who are those dealers? We have a different backlog than we did in October. So there is a fair amount of work to do in putting together a strategy and a game plan for where we are today.”

Walker could not discuss the Mediated Settlement Agreement of the lawsuit (Read the story) between First Capital LLC and American Marine Holdings LLC as it was sealed by the North Carolina Business Court. (See the complete court documents under Case No. 11CVS1012.)

“I’m sorry I can’t provide more detail on our plans at this time, but as I said we’re in the very early stages with this,” he said.

American Marine Holdings: ‘Shut down production for a couple of weeks’

Liberty Out at American Marine Holdings 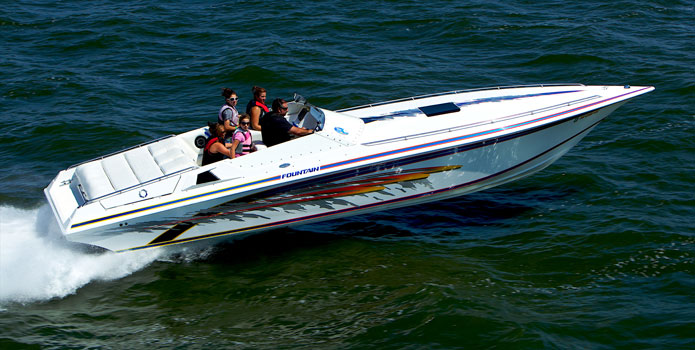