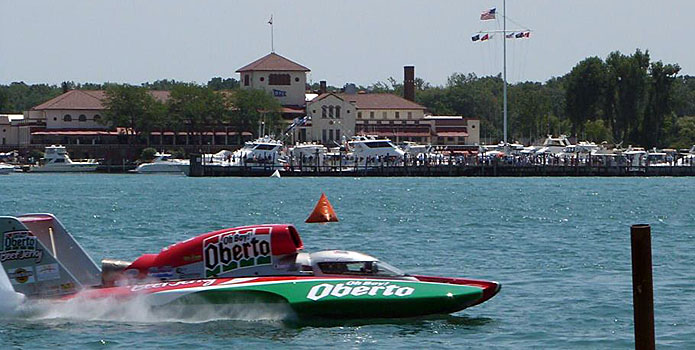 Steve David and the Oh Boy! Oberto boat will be returning to the APBA Gold Cup in Detroit in mid-July. Courtesy Detroit River Regatta AssociationPreviously slated to be condensed into two days due to budget constraints, officials from the APBA Gold Cup announced a sponsorship from two Michigan-based companies formed by rock star Kid Rock—Made In Detroit and American Badass Beer—that will restore the 104th annual event to a three-day schedule running July 12-14 on the Detroit River.

“We are proud to partner with the Gold Cup races to bring back Free Friday to the city of Detroit, and we are excited to give race fans a chance to sample Badass Beer—not only born in Michigan, but now made in Detroit,” said Thomas Dubak, VP of sales for American Badass Beer, Co. “We have big things lined up for the weekend, including Badass games with Badass giveaways and the chance to win free front row tickets to an upcoming Kid Rock show this August at DTE Energy Music Theatre.” 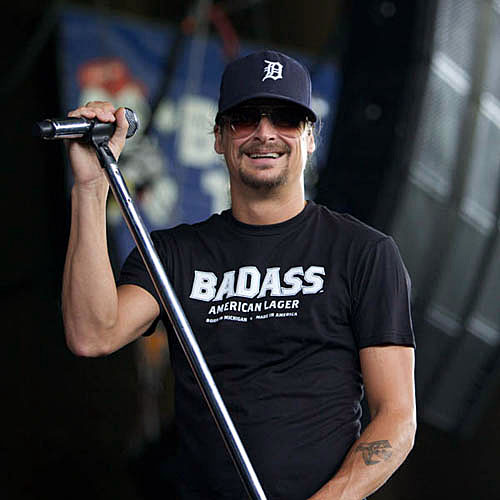 Through his American Badass Beer and Made In Detroit companies, Kid Rock is sponsoring the APBA Gold Cup to bring back the event’s Free Friday.Tom Bertolini, president of the Detroit River Regatta Association (DRRA), said that Friday has always given fans a unique opportunity to watch the action on the water, see more of the drivers and spend more time on the river—all at no cost.

In addition to the Unlimited hydroplanes, Free Friday will feature live music from local bands Mondays Lie and See Jane Rock, along with vintage race boats. Obviously Free Friday is free of charge; general admission for Saturday and Sunday ranges from $15 to $45; reserved seating starts at $60.

“Thanks to the generosity and support from Kid Rock, Made In Detroit and American Badass Beer, we are able to once again offer Free Friday, which historically has been one of our biggest community-focused days at the races,” said Mark Weber, event director for the DRRA.