In what is shaping up to be one of the largest and most diverse fields in recent years, this Friday’s Grand Prix of Abu Dhabi—the fifth round of the Union Internationale Motonautique (UIM) F1 H2O World Championship—has some great story lines, including the international debut of American driver Terry Rinker, who is filling in for suspended Qatar Team driver Shaun Torrente, also an American. (See UIM Withdraws Torrente’s License After Crash in China.) 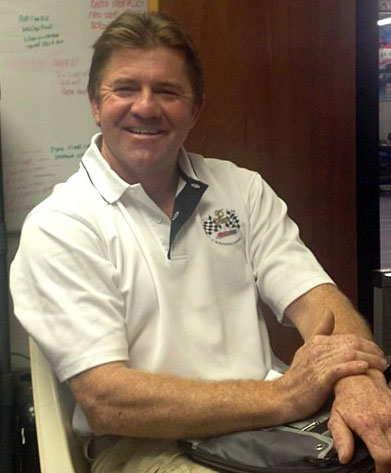 Accomplished American driver Terry Rinker has joined the Qatar Team for the last two races of the F1 H2O season.

Following the suspension of Torrente’s license after a driving infringement in China last month, the Qatar Team recruited the services of Rinker—the talented driver from Florida who holds the world record of seven straight F1/ChampBoat wins in North America—for the last two races of the season in Abu Dhabi and Sharjah.

Rinker will run alongside teammate Alex Carella, who is looking to move closer to clinching his second successive world championship title with a victory. With the unfortunate absence of Team Abu Dhabi’s Ahmed Al-Hameli through recovery from illness, if Carella wins and neither Frenchman Phillipe Chiappe nor two-time world champion Sami Selio of Finland finish on the podium, another world title will be heading back to the Qatar Marine Sports Federation (QMSF) in Doha.

“Terry has always been on the Qatar Team’s radar along with Shaun when the two drivers were racing back and forth on the U.S. circuit,” said Khalid bin Arhama AL-Kuwari, head of formula racing at the QMSF, which runs under the presidency of Sheikh Hassan bin Jabor Al-Thani. “Many of the Qatar Team members have worked with Terry before, including Brendan Power, and this has made his transition into the team that much easier. There are still 40 points up for grabs in the two races and we need to ensure we get more than the other teams.”

There are also two other notable American drivers in the field of 23 drivers from 15 different countries as world champions Scott Gillman and Jay Price are returning to race in Abu Dhabi.

Price, who won the 2008 world championship and finished runner-up in the circuit a season ago with the Qatar Team, is racing with the Skydive Dubai organization. He’s hoping to reach the podium for the 22nd time in his last 26 finishes. Four-time world champion Scott Gillman will be on hand in a third Abu Dhabi boat running a brand new BABA hull and starting his 91st career event and his second in just four years after retiring in 2007 at the Grand Prix of China.

For more information or to catch the races live, visit www.f1h2o.com. You can also read the F1 H2O race preview here.