Several weeks ago, I wrote about the resurgence of the Miss GEICO Racing team in St. Clair, Mich., after its heralded turbine-powered Mystic Powerboats catamaran caught fire and was destroyed during testing in Sarasota, Fla., just a month before the team ran its “new” boat on the St. Clair River. The fact that an offshore race team bounced back like it did was inspirational—it was definitely a testament to the team’s dedication to competing.

This may be insignificant to some, but recently I was blown away with how timely Royal Purple was with its third and final installment of the company’s 2012 mini-documentary series, Outperformer. One of the team’s primary sponsors, Royal Purple launched a five-minute video yesterday on the world champion race team, which is hailed as one of the fastest and most successful offshore powerboat teams in the world thanks to a continued loyal supporter, GEICO Insurance. 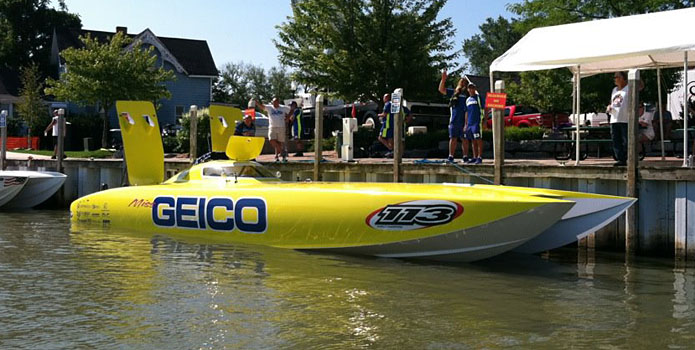