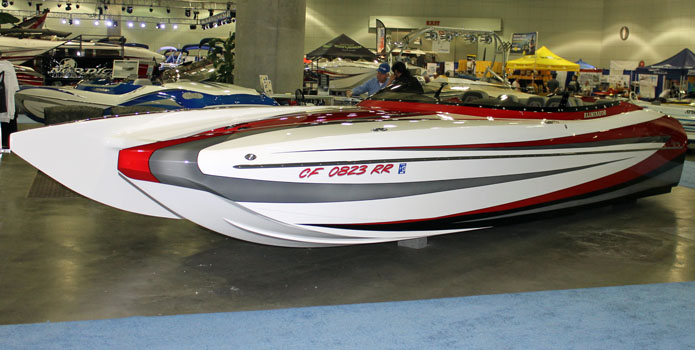 Eliminator Boats is hoping that 2013 is the year things turn around for the Southern California boat builder.

When it comes to the world of professional sports, my favorite awards are always the “Comeback Player of the Year” ones, which are handed out in many sports. Whether it’s Denver Broncos quarterback Peyton Manning returning from neck surgery to earn the National Football League’s latest award or San Francisco Giants catcher Buster Posey earning the honor in Major League Baseball after leading his team to the 2012 world championship a year after fracturing his fibula, the awards are always so inspirational.

There is no such award in our industry, yet I still can’t help but pull for Eliminator Boats to be the powerboat community’s Comeback Player of the Year, if you will. Yes, I know, I’m a journalist and often my job is to be impartial and not show favoritism. But this is my column and if ever there was a person in this business to root for, it’s Bob Leach, the owner of Eliminator and “The Godfather” of the West Coast performance boat industry.

Putting Our Money Where Our Mouths Are