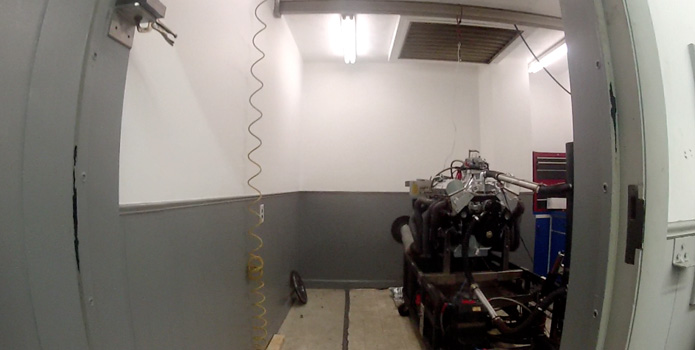 The first dynamometer tests on a 427-cubic-inch engine that will power a soon-to be-restored 1986 Chaparral Villain III sportboat saw the powerplant produce more than 600 hp. That’s the word from Chris Uzzolina, the owner of the boat, who lives in Charlotte, N.C., and previously stated that one of his goals in the restoration project is for the 23-footer to reach 100 mph. (Read the story.)

Dyno testing started yesterday at White Performance & Machine, the automotive and marine engine shop in Kingsport, Tenn., that is handling the build-up of the Dart-block-based engine with components that included aluminum exhaust manifolds from Eddie Marine.

Uzzolina said he expected the naturally aspirated engine to produce between 600 and 700 hp. 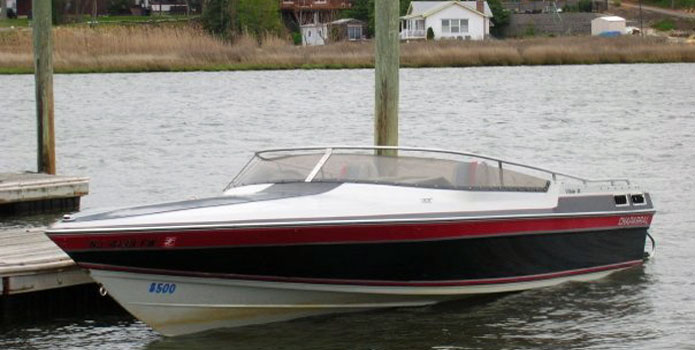 Stripping of the hull and deck of this vintage 23-footer reportedly are underway.

“As of now best run was 629 hp at 6,500 rpm and 584 foot-pounds of torque at 5,200 rpm,” said Uzzolina. “We are going to make a cam change as the one we have is not working as well as we had hoped.  White Performance ordered another custom grind cam today so we are on a two-week time frame for the next dyno run.

“Like any project, it’s a work in progress,” he added.