With 125 catamarans and V-bottoms registered—including a reported 25 Outerlimits models, the largest collection of models from the Bristol, R.I., custom high-performance boat builder at a single event to date—today’s 1,000 Islands Charity Poker Run is off to a roaring start. In just its second year, the event has grown by more than 40 percent, as witnessed by the packed drivers meeting in a conference room in the 1,000 Islands Harbor Hotel, once again the host venue, this morning.

Today’s 1,000 Islands Charity Poker Run already is an unprecedented hit for a second-year event (click to enlarge). Photos above and in the slideshow below courtesy/copyright Tim Sharkey/Sharkey Images.

Speaking to more than 400 people from as far away as Washington and California at the drivers meeting, the organizers emphasized the need to stay behind the paceboats for each group and remain in line, and then went on to detail the first leg of today’s course before the fleet returned to the host venue for lunch. They took particular care to let the participants know that there would be thousands of spectator boats lining the course.

For the morning leg, the single-group fleet was led by three paceboats equipped with yellow flags. A 40-foot Sea-Ray with an arrow banner marked the turnaround point for the course on the St. Lawrence River. Participants would get their chance to open it up in the afternoon portion of the event. Of the 125 boats signed up for the run, 118 started.

Limited to a top speed of 60 mph—with a 30-mph zone in the mix where the American Channel narrowed on the St. Lawrence River, the fleet ran approximately 30 miles to Alexandria Bay before turning at the designated turn boat and then headed in the opposite direction in the Canadian Channel to Cape Vincent, where the participants could see where the river connects with Lake Ontario.

Included in the crew on board my ride for the morning on an MTI-V 42 performance center console were MTI principal Randy Scism and his wife, Cherell, new MTI director of sales and marketing Terry Sobo, Speedboat magazine co-publisher Ray Lee and Alex Buduson, a 31-year-old Clayton resident who came on board the 1,000 Islands Charity Poker Run organizing committee in 2017 as a representative of the local chamber of commerce.

During our stop off Cape Vincent, where the fleet regrouped before heading to a barbecue lunch in Clayton, Buduson explained why she believes the event has become so popular in just two years.

“The river is so beautiful,” she said. “There’s so much passion here for boating and the poker run’s (benefitting) charities.”

A couple of images from the morning leg of the 1,000 Islands Charity Poker Run on an MTI-V 42.

“It was great,” said Devin Wozencraft, a Southern California-based high-performance marine insurance man who ran his 30-foot Skater Powerboats catamaran as part of his 2018 “Wozencraft World Tour” in the event. “It did get a bit bumpy on the way back from Point Vincent, but it was a lot of fun.”

The only downside of the day so far? One boat reportedly hooked at relatively low speed in the confused wakes and a passenger was ejected. No serious injuries were reported, and no additional details are available at this time. 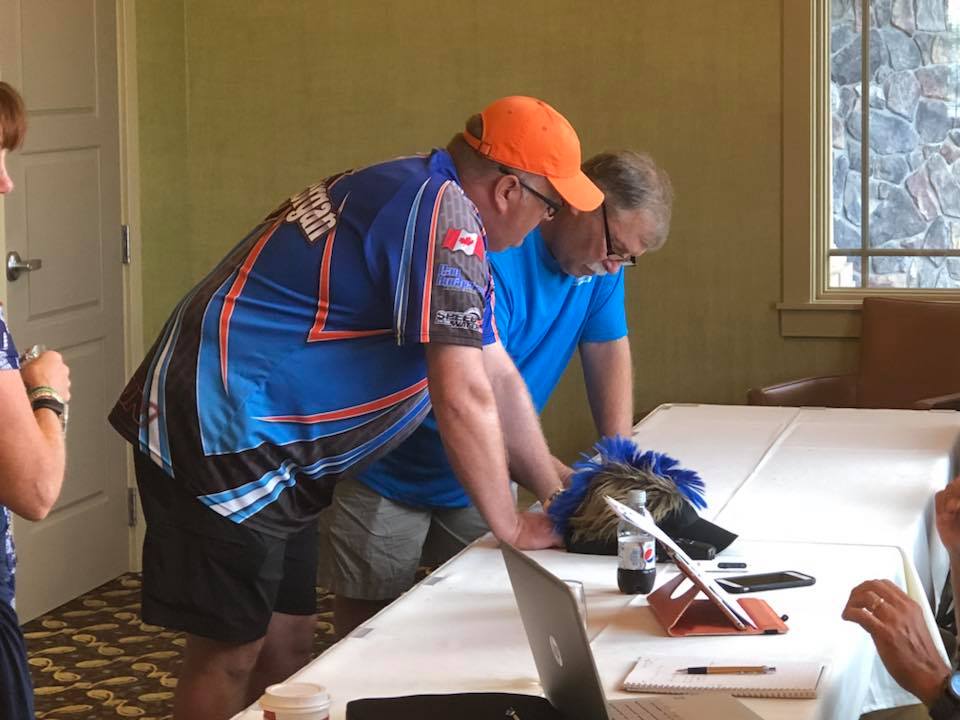 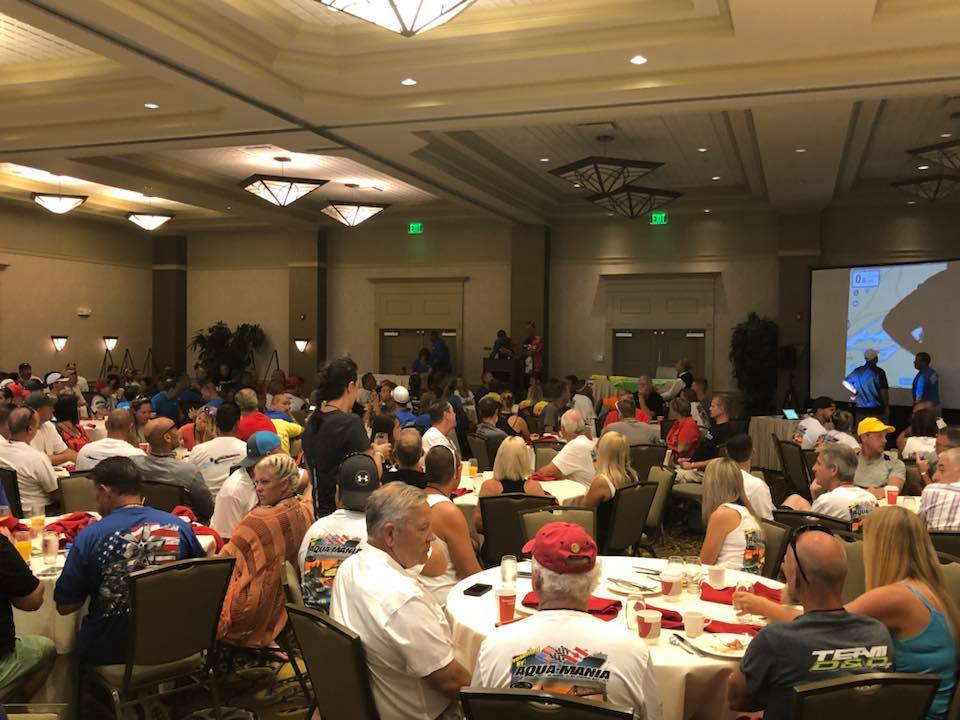 For Jeff Morgan and his fellow 1,000 Islands Charity Poker Run organizers, it was a busy morning. Photos copyright speedonthewater.com.

Coverage of the 2018 Lake of the Ozarks Shootout